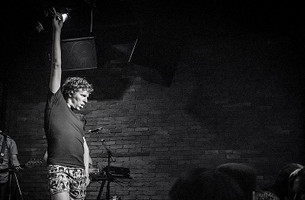 The last five years or so has seen something of a revolution in the post world. While the big dogs of adland post production are still out there producing great work, a number of smaller, creative, nimble, rebellious shops have popped up. These are the Punk Post Houses (as dubbed by Little Black Book). Despite their size, these Punk Post Houses aren’t skimping on quality; they’re kicking out some of the most exciting post production work in all of adland and the film industry. More often these smaller shops are founded by a group of post legends, fed up with working for big companies and keen to find new ways of working. LBB’s Addison Capper caught up with some of the world’s best Punk Post Houses to find out what makes them tick.

In one sentence: “Project-based beautiful pictures and huge talent all under one roof.”

Raised By Wolves was founded by pals Jon Hollis (a punk post house pioneer, who set up Smoke & Mirrors, one of the original boutique shops) and respected colourist Tareq Kubaisi. Its name and logo probably in the most part is thanks to Tareq; his partner Jon claims that Tareq is the wolf in question (we can confirm that he has a smashing beard and head of hair), and the logo was designed by Tareq’s tattoo artist.

The pair had constantly been working together over the course of 20 years despite never actually having worked for the same company. But Jon’s Flame prowess (he was one of the first people invited to test the software’s beta version) along with Tareq’s eye for colour (he is a D&AD Yellow Pencil winner for best telecine) meant that when they came together they formed something of a dream team.

Jon and Tareq set up Raised By Wolves with some clear outlines that makes them one of the most ‘punk’ post houses we came across. The company reps talent, in a similar model to a production company, and they get involved in projects as early as they can in the creative process. They recently completed full post work on Kristian Levring’s gorgeous feature ‘The Salvation’, and they work across all sorts of media, whether it be TVCs, promos, shorts or even art installations. All that matters is that the project is something the team actively wants to work on.

“One of our goals is to work on anything that excites or interests,” muses Tareq. So what then for the future for this powerfully tiny post house? Jon comments: “We’ve just brought on board Gin Godden, a really versatile and fearless producer, and Vic Parker with his stunning grading skills. We’re also bringing up some very talented juniors. We do aim to expand over the next year, but nothing huge as we don’t want to be tied into what accountants think we should do. We need to make sure the quality of the work remains the most important thing. Always.”

In one sentence: “A creative, collaborative VFX partner and problem solver.”

We’ve been fans of NYC-based Artjail’s work for some time now. But since speaking with founder Steve Mottershead for this article and finding out how they got their name, we’ve got a whole new respect for them, . “I wanted a name that was a loose comment on the industry,” he says. “I’ve worked my ass off day and night to get to the point where I can build a studio, and that definitely came with the feeling of being chained to my desk at times, especially as a Flame artist.”

Steve set up Artjail in the summer of 2008 with the aim to make the company about the work and not the money. And while that led to some precarious financial situations during the following months – as is with most new businesses – the push has paid off. The company has just checked out of its original home to a bigger, two-floor pad in the up-and-coming border of Manhattan’s Lower East Side and Chinatown, and is also set to launch a colour grading division with an as-yet revealed “very talented colourist”.

It’s also worth mentioning that the Artjail crew were pioneering in-motion double exposure way before you saw it in the True Detective titles. 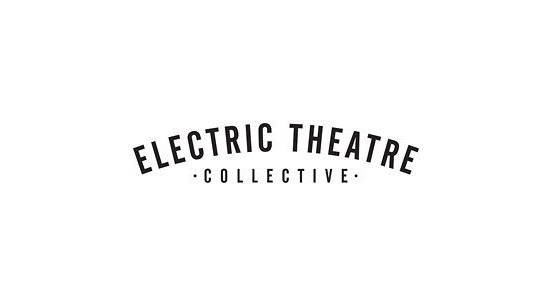 In one sentence: “We are an independently owned visual effects and animation company who are driven by creativity and ideas.”

Since its opening in Soho, London in September 2011, Electric Theatre Collective has grown from just five to 80 employees. 1600% growth in less than four years ain’t half bad, is it? From the word go co-founders Lee Pavey, James Sindle, Dan Marum and Giles Cheetham have been providing deft hands for the likes of Grey London, Blink, Academy, BBH, Rogue, Leo Burnett and more. Each of them has background experience of working in bigger facilities, and although their times there were enjoyable, there’s apparently nothing quite like nursing your own wee baby. “Even though I’ve loved every minute of my 19 year career, the past three years at Electric Theatre have been the most amazing and rewarding,” says Lee.

But the ETC crew isn’t ready stop there. As well as the string of ads they’ve got up their sleeves (both post-heavy jobs and projects from their animation wing ‘The Line’), ETC is set for sunnier shores on the USA’s West Coast, as it opens an LA office later this year.

In one sentence: “A company driven by providing good customer service and great visual effects at a very competitive cost – it’s all about the work and we love doing it.”

nineteentwenty has been homed in the British city of Bristol (or Brizzle, if you want to fit in with the locals) since 2013 but this outer-capital setup does have a base in London. Founders Scott Griffin (producer), Ludo Fealy and Chrys Aldred (both VFX supervisors) decided to open up outside of London in a bid to keep their work more cost effective for clients. Bristol was the perfect fit thanks to its rich creative heritage.

Despite being based in different cities, the two offices don’t actively function separately, in part thanks to a fully dedicated fibre line that runs between the two, allowing for data transfer without lag. The London hub is for running jobs whereas Bristol serves as a bigger space for the artists to work their magic. “We look at Bristol as another floor to our London office where we base our 3D department and additional compositing artists,” comments Scott.

Nineteentwenty has grown from three to 15 people and finds itself working with directors like Daniel Kleinman, Jonathan Glazer, Chris Palmer and Nicolai Fulgsig to name but a few.

In one sentence: “Award-winning creative re-touching, 3D and motion studio delivered by a unique blend of creative talent and business expertise.”

Sydney-based Limehouse Creative has firm London roots (limeys is a term Australians have for Brits, hence the name). In fact, its British founders landed Down Under on 1st October 2010 with 10 bags and zero contacts. Just two weeks later they’d delivered their first job and thus Limehouse was born.

Since then the core team added four more talents to bring the total to seven, and they’ve been recognised by Luerzer’s Archive as one of the world’s best shops for retouching and have been awarded locally and internationally from Cannes to D&AD. While many might groan about the ever-falling budgets, the Limehouse team is grabbing the bull by the horns and finding opportunities in the trend. “We’re not complaining,” says ECD and co-founder James Lucas. “We are innovating and working closely with our clients to achieve their goals, within budget, without sacrificing on the quality. Nowadays we offer our services to help our clients win work as well as execute it.”

In once sentence: “Make cool shit that people think is impossible.”

Scott Friedman comes from the world of motion graphics, broadcast design and VFX. His brother Jake made a name for himself in interactive design and development. In 2011 the pair melded their creative talents to launch Wildlife, a digital post production company based in the heart of downtown Los Angeles. And by the heart of downtown Los Angeles we mean their bedrooms. Now, though, Wildlife has expanded to 25 designers, animators, developers and producers. And an office.

At the heart of the business is the desire to make compelling experiences that make people question the impossible. “We felt like we could combine our skillsets and create new kinds of experiences,” the brothers comment. “All we’ve ever wanted to do was make great work and that’s still our goal – only now we’ve got a bigger and better team around us to help turn concepts into finished projects.”

In one sentence: “Crafty.”

“Wanting to work for yourself is always a strong attraction but at the same time wanting to do things a bit differently is what sparked the idea to launch Time Based Arts,” explained Time Based Arts co-founders James Allen and Mike Skrgatic. The company was born in 2008 above the Duke of Uke in East London’s Spitalfields area. The end goal was always – and still is – to turn post production from a paid-by-the-hour grind into a project-focused creative craft.

And it has paid off. Since its humble beginnings above a ukulele shop, Time Based Arts now employs 20 fulltime staff and, perhaps most importantly, has launched East London’s first ever colour grading facility – a big move for London’s Soho-centric production industry. To head up the new grading division James and Allen brought on board Simone Grattarola, who was formerly head of colour grading at Rushes where he worked on the BAFTA-nominated Peaky Blinders. 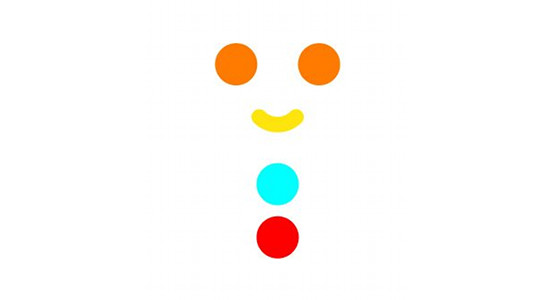 In one sentence: “Neo modernist anarcho-syndicalists.”

Why ‘The Gingerbread Man’ you ask? Well, on a basic level, founder Craig Deeker is ginger. But there’s more to it than that. “The poem itself harks back to a time when good and evil were written about in fairy tales and nursery rhymes,” says Craig. “The Gingerbread Man as a character taunts the fox, he’s cheeky and sort of an anti-hero. That kind of attitude is something I can really identify with.”

Before setting up The Gingerbread Man, Craig’s background is on the agency side of the business as he spent time at Y&R, Wunderman and Ogilvy. But he was always into filmmaking and generally being a bit of a geek, and while agency life allowed him to produce some of his own content, he was left frustrated at not being able to do quite enough. So he left his day job and set about launching a business that would let him make films at freewill. “We launched with me, an assistant and a developer in a small apartment on the same floor as the apartment I lived in because I’d just had a child and wanted to be close to home. We’re now 11 full-timers, lots of collaborators and freelancers, and we have our own two-story building.”

In one sentence: “We wear no labels and are not an assembly line.”

Executive producer Matthew Marquis and director/creative director Jake Banks founded Golden for one reason. They wanted to do it their way, plain and simple. The duo opened its doors by themselves but held little doubt that they could lead it to future success; the name Golden derives from the fact that they were both working towards the best creative part of their careers.