Meet The Organisation Changing The World Through Technology 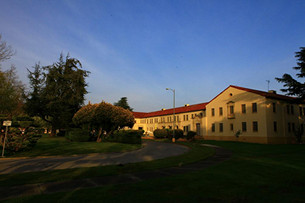 Singularity University is not your normal education centre. The organisation was founded back in 2008 by futurist Peter Diamandis and author Ray Kurzweil and NASA was involved the launch conference, which was attended by such luminaries as Google’s Larry Page.

The University was set up with the aim to beat Earth’s grand challenges of food, education, water, security, global health, energy, environment, poverty and space (you can read more about them here) through the power of exponential technology. Which is something that, in this technological time, the advertising industry is also trying to do. So how is the Singularity University affecting the advertising landscape? And why should ad folk being taking note of its work?

LBB> When did the Singularity University launch and how was it founded?

GB> Singularity University launched in 2008 and it was founded by Peter Diamandis and Ray Kurzweil. It was inspired by a book that Ray wrote about how technologies are expanding at an exponential rate. The book was called The Singularity Is Near. In it he explained that what Gordon Moore applied to integrated circuits also applied more broadly to technologies and how they advance. He called out the law of accelerating returns, and extrapolated it forward and projected the impact it would have on our world.

Peter has previously created a university called International Space University. Anyway, he read Ray's book while hiking in Patagonia and was wowed by its forward-looking stance. He suggested starting a university that would teach people not to go deep into one technology but to understand across multiple technologies, to teach in an inter-disciplinary way and to not look at where technologies have been but where they are going. Ray thought it was a great idea.

They reached out to NASA and they organised the founding conference with about 50 people from Silicon Valley. Larry Page from Google was there and said, "if we're going to create a university, or this type of entity, let's create one that focuses on the world's largest problems". Peter and Ray agreed and that became the pillar of Singularity University. Our mission is "to educate, inspire and empower leaders, to apply exponential technologies to address humanity's grand challenges". (The Grand Challenges are Food, Education, Water, Security, Global Health, Energy, Environment, Poverty and Space. You can read more about them here.)

LBB> What kind of programs do you run?

GB> We run programs in varying lengths, from one day to one week to ten weeks. The aim is to help people understand technologies and how they might use them to solve the world's biggest problems – like food, water, health, education. We aren't a typical university – we aren't accredited – but we are set up as universities were originally intended to be: a place where you can have an open discussion about the ethics, impact and role that humanity plays. We uniquely convene government officials and corporate executives and entrepreneurs and investors and NGOs in our forums to address these issues. Hopefully they then partner together and create new impact initiatives.

We also challenge people to create things that will impact at least a billion lives within ten years. There are a lot of places in Silicon Valley where you can create the next Pinterest for cats – if you want to create something that impacts a billion lives and solves one of humanity's grand challenges, you come to Singularity University. We teach technologies such as robotics, artificial intelligence, nanotechnology, synthetic biology, networking computing systems, AR, VR and more.

LBB> I know it’s not a ‘standard’ university but who is taught there? How do people get involved?

GB> We screen for influential people from around the world and have programs that target specific audiences. For the one-week executive program, for example, we're targeting governments, non-profits, investors, corporates and heads of small companies that are diverse and interesting.

The ten-week summer program for entrepreneurs is much more selective. People come from 40 different countries either via applications or different challenge competitions around the world. We ran them in 20 cities last year. People have to submit an idea that affects your local region to the tune of 3 million people. In Brazil last year we had 1000 people submit video ideas for one seat here.

We also do custom programs – and these are important. We do these around the world for corporations and governments. For example, Coca-Cola or the government of Buenos Aires will hire us to do a program just for their people. We will either fly to their headquarters and do it there, or they can fly here to do it.

There are also the exponential conferences which offer a more open enrolment. But it’s a real community and people really work together and stick around.

LBB> And who lectures?

GB> We enlist thought leaders in certain fields to come and talk. For example, Brad Templeton, who worked on the self-driving car, and Tesla’s Elon Musk. We're really pulling people from the field to talk about what they're working on. We have a structured faculty but they're complimented by over 1,000 people who have spoken here. 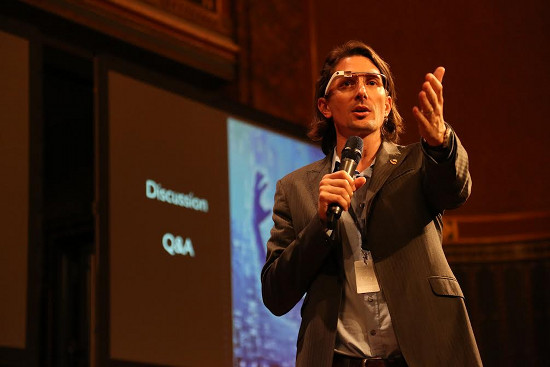 LBB> I’m always fascinated by the crossover between science and creativity. And what you guys are doing is especially interesting because it’s kind of what advertising is trying to do right now in a sense – changing the world through technology. How do you work with the ad industry?

GB> We don't have a formal partnership with anyone in the industry right now but people definitely attend our events. But we also have big corporations here like Coca-Cola and Airbus and get them to work together and crack the grand challenges.

For example, people talk about food and water as problems of the world – but really they are energy problems. . If you have energy you can desalinate all the water you want. If you have the energy you can make more food. But energy isn't actually a supply problem – enough energy from the sun hits the Earth everyday to easily power everything for a year. We don't even have an energy capture problem. It's an energy storage problem. The minute we fix that, a lot of other problems go away. And it's only a matter of time until do fix that.

Big corporations like Coca-Cola and Airbus have the assets to really move the needle on something like that. We change the way the senior leadership of these companies think. Lowe's, Becton Dickinson and Harman all have offices here. First they came to the programs and then we offered them an actual office with teams working on creating new innovation. Lowe's recently created something called the OSHbot – for that they partnered with one of our startups that does robotics.

LBB> So what kind of impact do you feel that you’re having on the advertising industry?

GB> Where I really see us affecting advertising is by getting the organisations to reposition themselves to not only be future thinking and disruptive, but to also share a value with the consumer on solving the world's biggest problems. Corporate social responsibility is not a platitude or a PR move now – we convince senior leadership that their biggest marketing opportunities are these biggest problems, that the best marketing and advertising for a consumer is to genuinely care what a consumer cares about. But companies are a little slow to catch on to this – and we're helping them close that gap because we reconcile this cognitive dissonance that they've had around hearing the consumers’ needs and passions but not knowing how to make it good for their shareholders. We close that gap and show them the technologies and frameworks that help them look at it differently and find a way to make it good for the shareholders.

LBB> Why should advertising agencies get involved?

GB> I think advertising agencies need to come here and know who we are because they need to be in front of this before their clients are. People go to agencies and creatives because they expect them to advise and point the way. And if you're going to do that, you have to know where the conversation on the cutting edge is and you need to be able to speak that language. In an ideal world you bring this to them first. But in the second best world you better damn know what they're talking about or else you look stupid.