Meet the Frobinsons with Sprint

Cameo from Andrew Dice Clay in episodic campaign by Figliulo&Partners 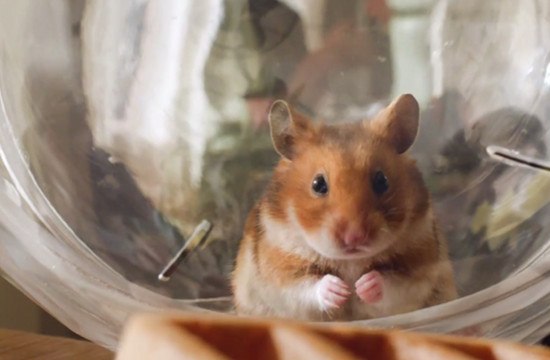 Meet the Frobinsons – an all-American family starring in a new campaign from Sprint – who are as quirky and unique as your family.

The Frobinsons campaign, created by Figliulo&Partners in its first official campaign for Sprint, in partnership with DigitasLBi and MediaVest, highlights the Sprint Framily™ Plan, the new pricing program that lets consumers decide who they consider family. It is a plan designed specifically with the new American family in mind.

“The American family has changed. Our families today are more than our relatives, but also our friends, our neighbours – basically all the people we love,” said Jeff Hallock, chief marketing officer-Sprint. “So we created a product to give the new American family the flexibility and value they need from a wireless plan, brought to life through the Frobinsons. Our campaign acknowledges that we all have families that are unique with interesting personalities. It’s a fun, lighthearted look at one group going through life as one big, happy Framily.”

The Frobinsons is an episodic story that will unfold over the coming months, designed to deal with the ever-changing mobile industry. The creative allows for surprising cameos from stars of sports, music, screen and stage, who will soon appear.

The Frobinsons are a collection of diverse individuals blended together into a Framily group. Dad is a talking hamster (voiced by Andrew Dice Clay), while Mom is the voice of reason and the sane person in the group. There are two children at home including son, Zack, whose interests range from video games to scrapbooking to ventriloquism, and 8-year-old daughter Heidi – who is so sweet she has animated birds flying around her head at all times and she only speaks in French.

Other members of the Frobinsons include Chuck (played by new Saturday Night Live cast member Kyle Mooney), who is the older sibling “away at college,” although he’s home most afternoons; Chuck’s roommate, Gordon (pronounced Gor-Don), who is all Goth but is still part of the Framily; and Grandpa – a man of the world who is full of experience and knowledge, and someone who isn’t fond of his son-in-law. Aunt Tia is a respected avant-garde artist who brings her Latin roots to life through her expressive work.

The fully integrated campaign is extensive, launching with two broadcast spots “Framily Portrait” and “Meet the Frobinsons” that will air starting tonight across national network and cable TV, as well as in-store along with a number of digital and social extensions. Print and out-of-home will launch in the coming weeks. More is available at www.sprint.com/frobinsons.

Throughout the campaign, Sprint will feature a new theme: “Happy Connectingsm.,” an optimistic view expressing Sprint’s belief that the connections we make are as emotional and meaningful as they are practical and necessary. Sprint is also introducing a new color palette to complement its long-standing black and yellow.

"The Frobinsons are a typical American family. They are a strange mix of individuals that care very deeply about each other and we wanted to create a group of characters that are familiar and very unique at the same time,” said Mark Figliulo, CEO and founder of Figliulo&Partners. “We know that people are happiest when they are connected to the people and things they care about most. That’s why everything we do ends on a beginning: Happy Connecting.”