Journey into the lives and minds of a creepy, cryptic virtual family using the Oculus Rift 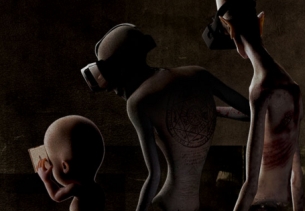 Just in time for Halloween, award winning production studio, Exzeb, supported by UNIT9 Presents, has launched a VR film journey into the lives and minds of a creepy, cryptic virtual family. Written and directed by Exzeb Co-founder and Artistic Director,​ Eric Nyira, “Meet The Family” takes to task the true emotional impact a headset-powered VR experience can have on a user. Created using binaural sound and real time dynamic lighting to explore a series of complex environments and 3 distinct characters that reside within them, “Meet The Family” looks to evoke the true power behind the most basic of human emotions - pleasure, joy, wonder, fear, stress and rejection.

The film was created to view on the Oculus Rift DK2 ​headset and can be downloaded from its dedicated microsite.

“I am deeply intrigued by the science of human behavior and wanted to find a way to trigger people’s emotions and reactions within an immersive and exploratory virtual atmosphere,” explains Nyira. “VR has this unparalleled ability to captivate 100% of a user’s attention, and when properly manipulated, can speak directly to the primal brain unlike any other tech platform out there. This film was a true exercise in seeing just how far we could take that.”

"Exzeb transforms virtual reality as a stage to explore imaginary worlds with our emotions," says Gilles Boisselet, Creative Partner at UNIT9.  "As a choreographer, Eric adds a physical narrative inherent to live art which express brilliantly in VR. Respect."