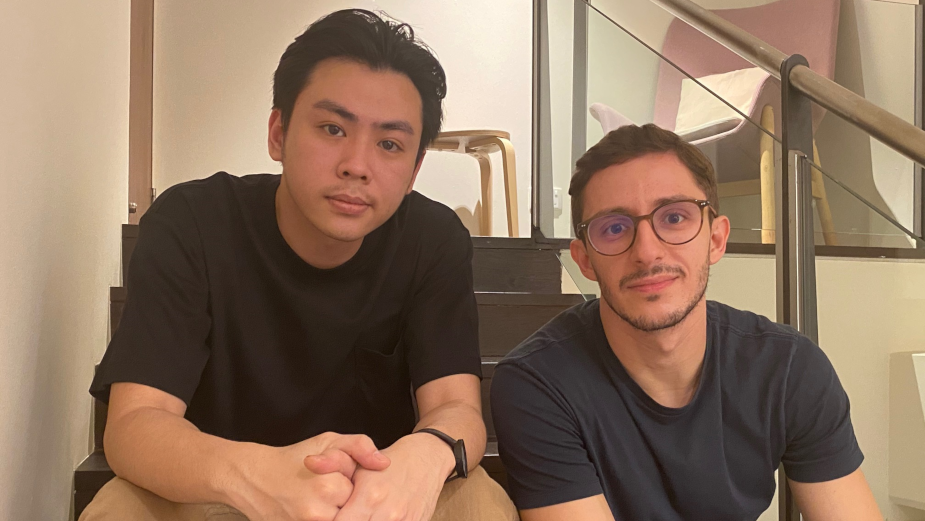 Ando the animated spy is back in a sequel, Winter Rescue【h&s scalp】

We first met Ando in The Chase in April 2021 when he appeared on the scene as an enigmatic spy in Japan, narrowly escaping the likes of a kingpin and his band of henchmen.

Winter Rescue, only a few weeks into launch, has already garnered 7.2+ million views and counting.

Ando, it seems, has become an invaluable brand ambassador to h&s Japan. So how did Ando the animated spy come to be?

Meet the creative duo from Forsman & Bodenfors Singapore who dreamed up an anime spy who is breaking convention in the hair category:

Q> Who is Ando and how did you come up with the idea of him?

Ivan and Qihao> Ando is a suave, skilful spy. He may or may not be loosely based on one of its creators. If we told you the truth, we’d have to kill you. Ando can trick, sneak, and fight his way out of the worst kinds of situations. Except, ironically, the simplest of them all: dealing with dandruff. But that is an important little schtick: Ando is meant to be an  aspirational guy with a relatable condition. ​That’s because, in Japan, dandruff is often associated with the shameful feeling of being unhygienic, and it was a sensitive topic for Japanese men to talk about. So if such a cool and sleek spy can suffer from dandruff, there's no reason for other men to be ashamed of it. In a way, Ando is supposed to be you and me. He’s every man. Well… if every man was good looking and had an infinite assortment of talents.

In all honesty, the character, in this case, is a product of the story, and not the other way around. The idea of exaggerating how dandruff can get in our way is what spawned the story in the first film: a man desperately tries to escape from his chasers, while leaving a long trail of dandruff behind, which gives him away every time. We initially toyed with the idea of Ando being a thief, someone that wasn’t necessarily on the 'correct' side of life.

But as we realised Ando could be more than just a character in a story and become an actual communication platform (think KFC’s Colonel Sanders), we decided he needed to be someone that could connect with the audience in the long run. In searching for a new occupation for our protagonist, spy not only made the most sense with that initial story, but it also meant that Ando could be portrayed as this guy that showed up with the right solution (a.k.a.:h&s Sculpt) without drawing attention to men with dandruff or their conditions in any way.

Q> Why did you decide to go with an anime?

Ivan and Qihao> There are a few reasons we ended on anime as the style and universe for this campaign. Some are strategic and some are purely occasional.

We wanted to bridge the conversation between head & shoulders Japan and dandruff. And we couldn’t do what everyone else was doing. The brand needed to stand out and have its message heard.. Universally, the hair care segment is often full of clichés and tropes. It’s all very derivative. Storytelling is pretty much non-existent. Craft, too.

With Ando, our clients appreciated we had something different on our hands. A little secret:: Ando was initially designed to be in live action, with quick camera action and crazy stunts, because we felt the talents’ performance was essential to bring out the humour in the story. 007 and M:I were obvious references, including Japanese live action movie Lupin the Third.

But then, Covid hit. We along with our client  felt animation could be a more plausible approach. it was category breaking; it allowed Ando and the story’s action to happen in more, varied places; it could help make the stories look and feel bigger; and we knew it would be well received in Japan, a country with a long tradition of great animation. The challenge then became finding a style that would honour this great tradition, but also look and feel distinct from what the audience is used to watching.

Q> How has Ando evolved since his first appearance in The Chase?

Ivan and Qihao> In “The Chase”, the first episode in the series, he discovers h&s Scalp and uses it to remove all his dandruff and escape from Takashi and his henchmen once and for all. But he doesn’t stop there. Armed with the ultimate solution to dandruff, Ando makes it his one and true mission helping all men out there get rid of their scalp issues, just like he did.

This is first seen in shorter commercials we put out where Ando helps two men avoid sticky situations at big moments in their lives: one is warned of his dandruff just before proposing to his girlfriend; the other is alerted just before an important business presentation.

Q> Tell us about the creative process and production partners.

Ivan and Qihao> Once everyone was on board with animation as the campaign world moving forward, it became very important to us to find people who could honour the Japanese anime tradition, but also break from it, push it to a new place. That’s where CRCR and the whole team at Wizz and Psyop come in.

They introduced us to the concept of 2.5D animation, where you overlay 2D characters onto backgrounds that are created and rendered in 3D - giving each scenario a grandeur and stunning look that you don’t see in regular animation.

Since day one with 'The Chase', CRCR have been amazing partners. Every film begins with a script from us and a simple animatic to illustrate how we see the film coming together. CRCR takes it and weaves their magic. The process is always super fun and collaborative throughout. We were in constant communication: they share their builds on the script, we give suggestions on the animation, all with the aim of making a kickass film. The collaboration has been so tight as we feel  our creative partners are just as accountable to the incredible result we’ve had for our clients and  with this platform.

Q> Do you feel advertising and marketing increasingly needs to break out of convention for categories like the FMCG sector to gain market share?

Ivan and Qihao> Anyone in this industry would agree that we need to break convention if we want to create effective communication. It’s hard enough to be heard, to get a message across when you’re being innovative. To do that by following conventions is a guaranteed death sentence. But of course, that’s easier said than done. Conventions and clichés are there for a reason. Many people find comfort in them. The hair care category as a whole is a great example of this.

In that sense, we are grateful and privileged to have clients who understand and encourage disruption and creativity. Their drive pushes us in the right direction, too. But to get it right, we need to start from truth and understanding of the audience: not just as consumers, but what they’re interested in, what’s important to them, etc. To us, that’s how you do creative work that stands out: by tapping into passions and interests people already have, and giving them something they’d be curious about or entertained with. In this project in particular, it was crucial to enter people’s lives in the smoothest way possible, through a medium and style they’re familiar with and like. That’s what Ando is all about.

Q> This new campaign Winter Rescue is getting some great traction.

Ivan and Qihao> Ando and 'The Chase' were a huge hit. We got comments on various platforms asking for a sequel.

“The Chase” had set the bar pretty high in terms of action and comedy. We wanted the sequel to be as good or even funnier than the first. Both of us felt the film needed an iconic scene that people would remember. That’s how we landed on the laser room sequence, inspired by classic spy movies. We needed a comedic/dandruff twist, and we felt giving Ando and Jiro a “bromantic” choreographed dance across the laser beams would bring the house down. Drawing inspiration from famous bromances in films like “Blades of Glory”, we worked with CRCR to create an epic, never done before, laser room dance. The results? Well, you tell us. 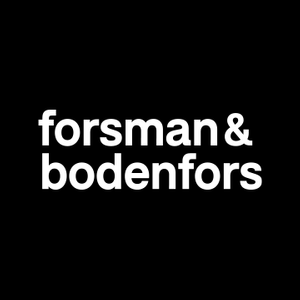 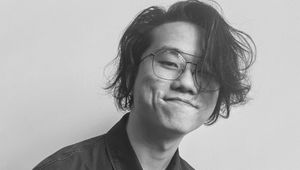 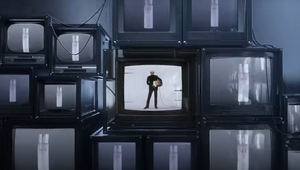 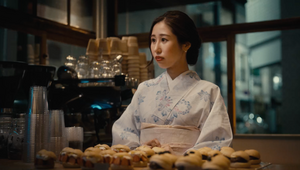 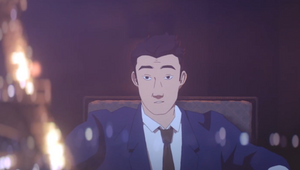 The Chase: Dandruff, Anime and a Very Suave Spy
View all News 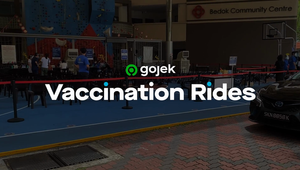 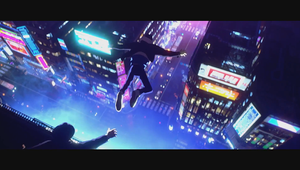 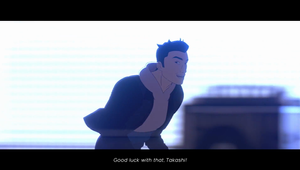 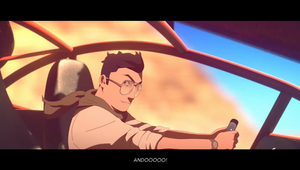 H&SJapan - The Chase
View all Work