LBB’s Adam Bennett goes behind the scenes of Warm & Fuzzy with co-founders Andrew Jerez and John Bashyam, alongside head of production Chris Grey 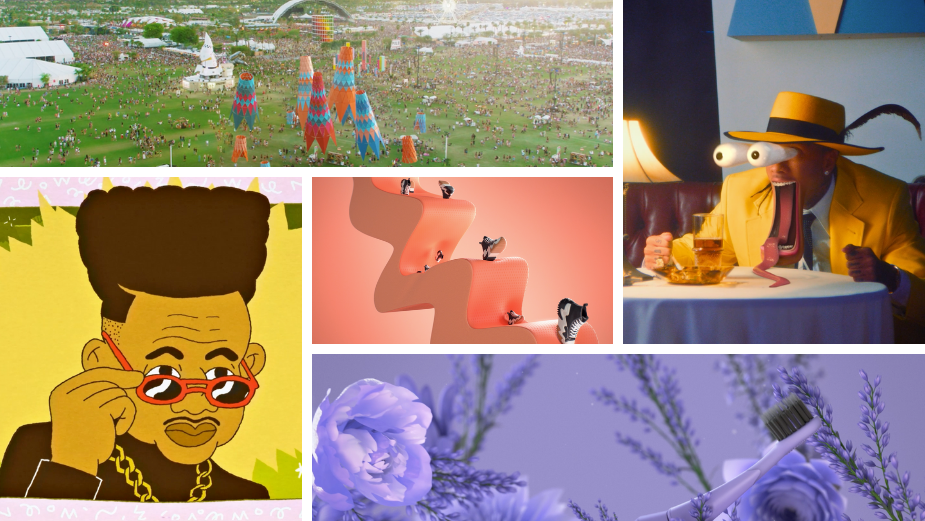 Great brands make people feel good. There’s a sense of positivity exuding from the world’s most famous household names which leaves audiences feeling - well - warm and fuzzy. For John Bashyam and Andrew Jerez, the co-founders of a design and animation-focused creative studio, the decision on what to name their company landed right there.

“We found ourselves saying ‘we want our clients to feel warm and fuzzy’, and ‘we want a warm and fuzzy culture’”, recalls Andrew. “And then the lightbulb went off! We knew we had the name right there”.

“As artists ourselves, we wanted to build something that truly felt like a home for creativity”, adds John. “Having seen so much ​​sub-par work, discouraged artists, and frustrated clients, we really wanted to create a studio that could only be described as warm and fuzzy”.

And so, Warm & Fuzzy was born. From such uncomplicated beginnings, however, a studio with enormous creative pedigree has emerged. With eye-catching work for clients including Coachella, Converse, NFL legend Tom Brady, Nintendo, and many more, there’s a sense that Warm & Fuzzy is entering a period of momentum (having been launched pre-pandemic), with even better days yet to come.

Above: Warm & Fuzzy’s showreel highlights the company’s diverse and eye-catching array of projects and capabilities.

Helping knit the team together is head of production Chris Grey. Reflecting on Warm & Fuzzy’s success so far, Chris believes that the team’s creative versatility has had a big part to play. “We certainly relish in the variety. We love 3D animation with a story, but the diversity of projects keeps us on our toes and our skill sets sharp”, he notes. “It also keeps us surrounded by terrific talent, where everyone is learning from each other”.

According to each of John, Andrew, and Chris, that point about talent is key. Whilst they do welcome a variety of different projects, it’s when their creatives really dive into a brief that Warm & Fuzzy’s potential comes alive. For the best example of that, look to John’s history of work - which runs from 2014 right up to the present day - with Coachella.

Above: Warm & Fuzzy’s work for Coachella can be seen across the entirety of the festival’s social feeds. In addition to the above recap film, the studio also put together a Broadcast Show Open for Coachella this year which set the tone ahead of the event.

Like so much great animation, John’s work with Coachella lands perfectly between the real and the surreal. Whilst John’s innate understanding of the festival should come as no surprise (their working relationship stems back to before Warm and Fuzzy was founded), it’s remarkable how accurately the team - including John working alongside director Ari Fararooy - captured the feeling of blissful reunion promised by this year’s event, the first since the pre-pandemic days of 2019.

If the finished film looks smooth, it’s the result of an intricate process. “We had a VFX team of 12 people working on over 30 shots that involved CG animation and compositing”, explains John, “combined with a team of four people on location for a week and a half, turning around heavy VFX shots in near real-time during the event”.

The result is a film which speaks to the long-awaited moment of release as Coachella opened its gates once again in April. And, as a piece of animation, showcases how the artform can create visuals which feel just as - if not somehow more - real than reality itself.

Another example of the company’s recent high-profile success is their work with Coca-Cola, in support of their new Zero Sugar Byte range. Reflecting on the campaign, Chris explains how the full gamut of Warm & Fuzzy’s creative services were utilised. “We were tasked with creating a series of animated key visuals used across the entire campaign”, he recalls. “That included assets for promo content, social, web, Twitch, and online media. Not to mention, we also provided sound design”.

Above: The new Coca-Cola Zera Sugar Byte is ‘the first Coca-Cola flavour born in the metaverse’.

Alongside the high-profile work for Coachella and Coca-Cola, many people are likely to have experienced their first interaction with Warm & Fuzzy’s work through a viral clip of the iconic Buccaneers quarterback Tom Brady hitting what appear to be some impossibly precise passes. Fortunately for opposition teams across the NFL, the video was indeed revealed to be CGI thanks to the artistry of the Warm & Fuzzy team.

Above: This viral clip of Tom Brady from last year was put together using realistic VFX from Warm & Fuzzy.

And yet, the studio’s visual magic has also been scaled up for incredibly ambitious projects. Take their work with Converse CX, for example, in which they crafted a ‘world of foam’ in support of the brand’s Converse Weapon CX line of shoes. “Given just the shoe details, we handled the concepting, design, modeling, and animation of the films”, says Andrew. “The deliverables included two individual shoe films, a hero edit of the full lineup, cutdowns at all different aspect ratios, and still assets for print. These assets set the look and feel for the entire campaign and were leveraged globally across the brand”.

Above: Warm & Fuzzy crafted a satisfying tactile ‘world of foam’ for Converse CX.

The company’s dedicated approach to creativity once again shines through in the studio’s work with Nintendo and Nickelodeon. To coincide with the latest release in the storied and iconic Kirby series - Kirby and the Forgotten Land on Nintendo Switch - the company teamed up with Nickelodeon for a unique ad. 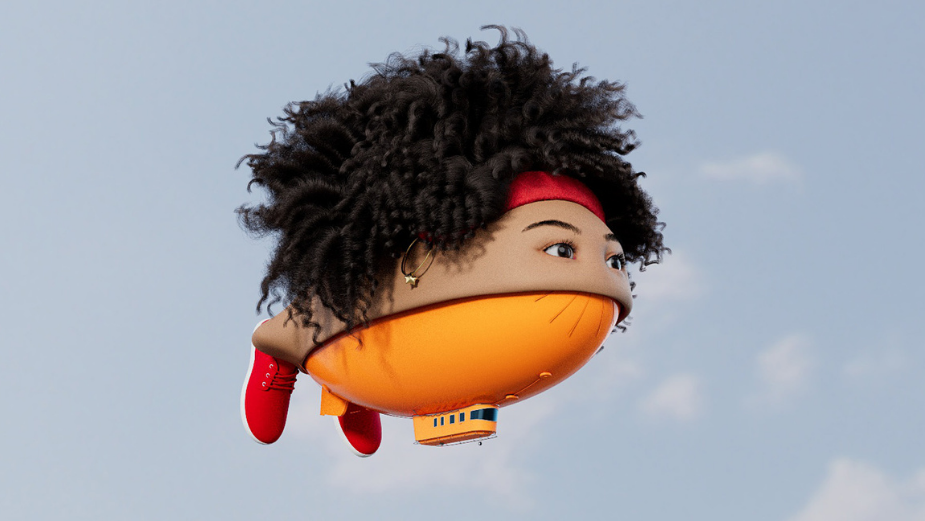 Above: The Warm & Fuzzy team combined their unrivalled animation chops with an understanding of the Kirby series to create a memorable ad. You can check out a VFX breakdown of the full ad here.

Thinking back to the original pitching process for the campaign, Chris recalls one member of the Warm and Fuzzy team throwing themselves into the project. “So it turned out that Elliott Fan is a huge fan of the Kirby games”, he says. “He often surprised us with his knowledge, for example when we asked why we were going with a certain effect and he’d inform us it was a direct nod to the game”.

It all adds up to a feeling around Warm & Fuzzy that their artists see their work as a labour of love. And, as Andrew explains, that’s entirely intentional.

“We make our work stand out by not following the trends too closely, and allowing our artists to really run with their own styles”, Andrew notes. “By empowering them to be diverse, our work can constantly evolve and never fall into redundancy. We’ll always encourage experimentation and new talent”.

When asked how Warm & Fuzzy’s company culture has changed as a result of the pandemic, Andrew’s response is especially informative. “I wouldn’t say that it’s changed our philosophies, but rather emphasized the importance of them”, he suggests. “Removing convolution and putting trust in our team is now more important than ever. We fundamentally believe that micromanagement is detrimental in our post-pandemic world. As a result, we strive to form strong relationships with everyone on our team and understand that they’ll do their best work in their own space, and on their own time”.

Ultimately, it paints a picture of a thoroughly modern company - simultaneously confident and at ease with itself. It’s an attitude summed up by John who explains that “While we pride ourselves on our level of organisation, we also believe in no layers. This applies to our teams, our communications, and how we approach the work. We often say that less is more. Too much process is bad process, so we peel away those layers".

For Warm & Fuzzy, then, the future is an exciting place. The diversity of their creative portfolio is increasingly matched with growth, new projects, and new hires. Whilst we don’t quite know what’s coming next, what is certain is that creativity will be the winner.

To find out more about Warm & Fuzzy's work, you can check out their website here. 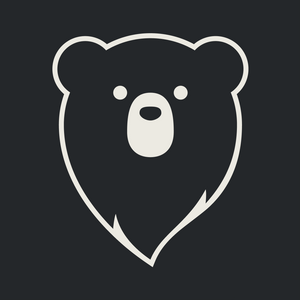 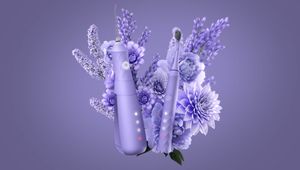 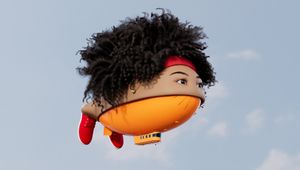 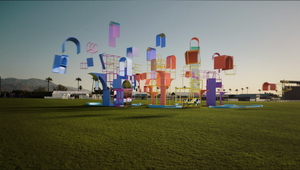 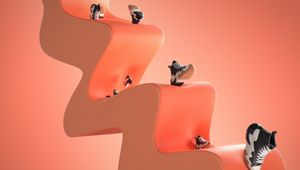