Damisa Ongsiriwattana is appointed as the President of Craft Drum Jury 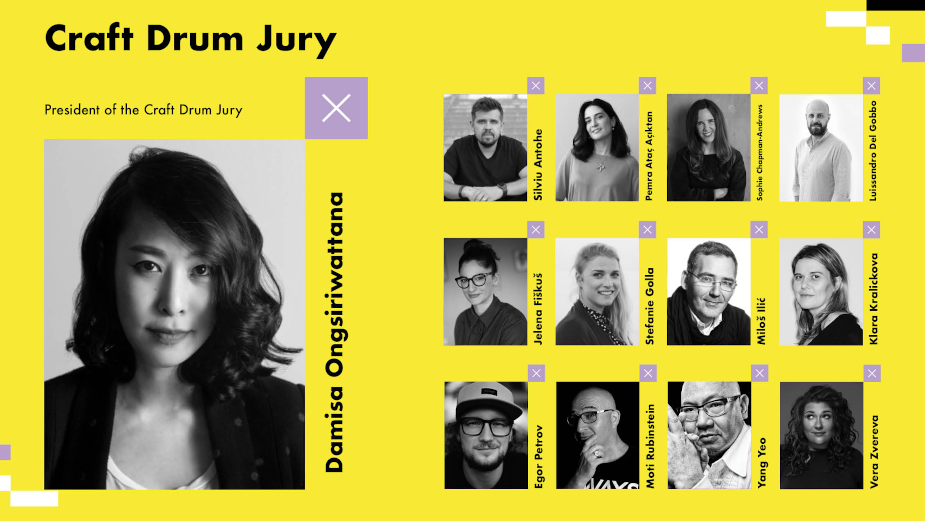 The CRAFT section recognises creative excellence and brilliant execution in certain key segments of the advertising and communication production process. Awards in this section promote best practices that have helped raise the bar of the industry's craft standards.

Craft was previously a part of the WHAT section but with a recorded growth of interest, the festival has elevated it and dedicated its own section with expanded groups and categories to the topic.

Damisa Ongsiriwattana appointed as the President of Craft Drum Jury

Damisa Ongsiriwattana is a co-founder and executive creative director at SOUR Bangkok, the first independent agency in Thailand to penetrate the women’s market. She is a veteran creative with over ten years in the industry. Her works successfully involve women’s brands and entertainment for women such as ‘Mother of Kitchen’ a campaign for Thai chilli sauce that achieved a talk-of-the-town phenomenon and ‘Girl From Nowhere’ a Netfilx Original Thai Series garnering awards from national to international acclaim. Sour Bangkok has been awarded in Campaign Southeast Asia Boutique Agency of the Year for three consecutive years (2018-2020).

With her participation as a jury member in Glass Awards that honoured gender equality in Spike Asia 2019, Cannes Lions International Awards 2018 and 2014 and top national awards as a head of film Jury in Bangkok Art Directors' Association Awards (2018), head of design Jury in Thailand Adman Awards (2018) has added a new and more in-depth women perspective in branding communications.

“I am honoured to serve as Jury President for Craft at the Golden Drum this year. We are in a fast-paced era, bombarded by a tremendous abundance of short-lived contents. However, in the midst of this chaos, the quality of well-crafted work is more valuable and powerful. And craft should be highlighted as something that gives audiences new experiences beyond the aesthetic and beyond craftsmanship itself.”