Trends and Insight 319 Add to collection

Smoke & Mirrors/ Big Buoy Editor, Ollie Burn, speaks about bringing projects to life and why an edit should 'go unnoticed' in the final product 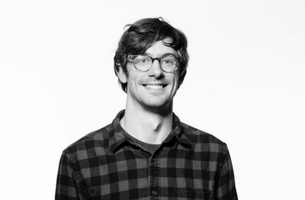 Ollie Burn is an editor at post-production house Smoke & Mirrors. He's cut work for a series of well-renowned brands such as Pizza Express, Rolls-Royce and L'Oreal.

We managed to sit him down to discuss his most recent WAH nails campaign, his inspiration to become a video editor and his advice for editors trying to break into the advertising industry.

Read below to discover Ollie's thoughts on the editing process, his favourite parts of the job and thoughts on his career so far.

LBB> Growing up, did you always want to be an Editor? Tell us a bit about how you got into the industry?

Ollie Burn> As a child I was always fascinated by films and moving image and how it all worked, but didn't ever think it would be an actual career. I left school with no qualifications but ended up on a college course studying video production, I became really interested in the editing side more than anything else as to me that was where a film comes to life, I focused on that and it all led from there.

LBB> Who or what are your inspirations?

OB> Anything and everything: films, music videos, adverts. It's great to see something original and think I would never have thought of doing that!

LBB> Which jobs have you been working on recently, and are there any that have challenged you to work in new ways?

OB> I just finished working on a WAH nails campaign for pride with another Editor, it was all about people within the LGBT community sticking their fingers up to prejudice and it was interesting to make each of the edits fit their personalities and come across onscreen within 20 seconds

I'm also working on another ad that is challenging in a different way as the goal is to make the end result look like it was all done in one take without any cuts.

LBB> What are your favourite things to create?

OB> Obviously it's the more creative work where you're free to experiment and figure out the best way to tell the story in the edit which is the most rewarding. It's about making the style of edit work and compliment the individual piece. I think that the editing should go unnoticed, if you're watching the cuts, I've failed!

LBB> What’s your favourite part of your job?

OB> I love starting a new project and looking at all the rushes before anything is put together at all and figuring out where to start. It's really satisfying to see something come together before your eyes.

Also the final few tweaks you make when you see how far it's come from the first cut you made is a really special moment.

LBB> What advice would you offer to aspiring Editors trying to break through into the industry?

OB> Show interest, speak to people and take every opportunity to learn, not just the cutting, but also about workflows and how programs like Avid and Premiere work and how what you do as an Offline Editor affects the next stages of post.

Watch things, take something that you love and break it down on a timeline to see how it was put together to try to understand how the Editor did what they did.