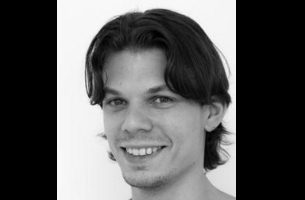 Bram Vermass is a technical director at Smoke & Mirrors Amsterdam.

He initially found himself working in gaming but luckily for the ad world at large, he began to become fascinated by 3D software and CGI which led him to making digital effects for ads and films instead.

We conducted this short interview with Bram to get to know his backstory and learn more about his career so far.

LBB> Growing up, did you always want to be a Technical Director? Tell us a bit about how you got into the industry?

Well, as with anyone, interests change while growing up. Originally I wanted to go into the gaming industry and only later was I drawn to CGI for movies. The first time I was introduced to 3D software was in high school, where one of my friends brought 3ds Max on his laptop. We spent a lot of hours making spaceships, lasers and explosions during lunch breaks. It heavily inspired me to study CG animation.

LBB> Who or what are your inspirations?

My initial interest in CG was technical, so my early heroes were people like Tyson Ibele, and ArjanM . Later on I learned that Arjan lived in Holland - and what was really cool is that through my internship I got to meet him. We have been friends ever since, discussing our work, going to escape rooms and playing games online. Currently I'm inspired by Tokeru, who has an amazing knowledge of Houdini, and Nikita Daikur, who made a short called Ugly in which all character animation is made by simulation.

LBB> Which jobs have you been working on recently, and are there any that have challenged you to work in new ways?
I’m currently working on a job in collaboration with Big Buoy which is the largest character animation job I have been a part of since joining Smoke & Mirrors. I joined our EP David Michaels on set as CG Supervisor, and it was great to see the production company in action on a big shoot. It was also challenging (in a good way) to capture all the reference and HDRI lighting information we needed for the project between live action filming. Back in the office I worked on the pipeline to bring character animation into the lighting scenes, set up all the shot files, and did some animation. It's nice being involved in the production of a job and seeing it come to life.

LBB> What are your favourite things to create?

I enjoy making software that speeds up workflows and helps artists be more creative. The best part is talking with an artist about his needs, and improving the tools accordingly. I enjoy the interaction with fellow artists that use these tools I develop, and seeing what kind of cool things they can create with them.

LBB> What advice would you offer to aspiring artists trying to break through into the industry?

Persistence is a key factor in success. When you start out your work won't be as good as you would want it to be and you might get rejected by a couple of schools and/or companies. But making mistakes and failing is part of learning.

In Holland we have a saying “Oefening baart kunst”, which has a similar meaning to “practice makes perfect”, but a literal translation would be “practice gives birth to art”.