Meet Rothco, The Irish Agency That's Taking On The World 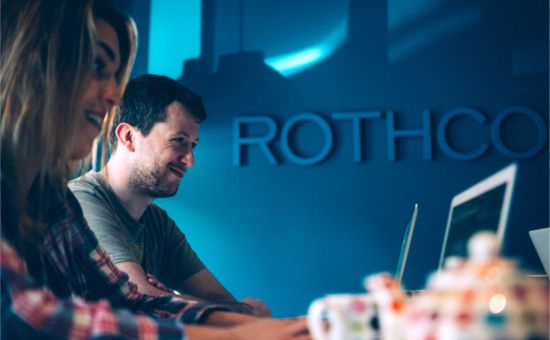 From winning a Cannes Lion (and global admiration) for its marriage equality stunt to putting Jonah Lomu in a box as part of Heineken’s Rugby World Cup push, Dublin-based creative agency Rothco has had a headline-grabbing year. But, as LBB’s Laura Swinton finds out when she sits down with Relationship Director Jill Byrne, the permissive, ambitious and entirely independent (in terms of spirit as well as, well, its agency status) advertising beast is not about to rest on its laurels…

This year Heineken launched its new cider brand, Orchard Thieves, gatecrashing TV ads in anarchic, data-moshing style. The campaign was devised by Dublin-based Rothco and they’re a creative shop that has a lot in common with the wily fox that fronts the brand. Just as the smart-thinking vulpine snuck up on consumers and stole their hearts (or thirst), Rothco has been doing its thing, quietly, stylishly, idiosyncratically… all the while stealing the crown as one of the most creative forces in Ireland (and, dare we say it, Europe).

The agency turns 20 this year but you wouldn’t know it to look at their work – fresh, edgy and pioneering, it’s got a dynamism that’s chiming with the youthful optimism of post-recession Ireland and winning them international renown.

“We have this saying that our best work is still ahead of us. It means that we never lie down. We’re always trying to do better and it’s very hard not to be infected by that kind of positive thinking,” explains Jill Byrne, who says that in many ways Rothco has the vibe of an agency of two years, not two decades.

They’re an agency that prefers to get on with making interesting stuff happen, rather than drone on about past successes, but the past 12 months has been such a year of ‘firsts’ for the agency that it would be churlish of us not to list them.

They created their first full length TV documentary for Irish TV (The Toughest Trade was made with client AIB and saw a baseball player and a soccer player change places with Irish sports stars and received glowing reviews from fans and critics), they helped bolster the ‘Yes’ campaign for Ireland’s marriage equality referendum with their Shred of Decency campaign (for which they also won a Bronze Lion at Cannes), and they took to the stage for the first time at the Cannes Lions festival (Kim Kardashian was their warm up act). Following the aforementioned Orchard Thieves launch, Heineken also reached its annual sales target for the beverage in a neat four months... so it's fair to say that the agency is on a role.

The outward-looking energy means that they’ve led the vanguard of independent creative and digital agencies seeking to prove that Dublin has what it takes to be a creative hub for European and international advertising. They’ve got six UK-based clients, clients in Rotterdam – and even their work for local clients like Heineken has led to bigger, more international campaigns. Ahead of the Rugby World Cup they’re helping Heineken engage with fans by seeking someone to do the coin toss for the opening match… and just a couple of weeks ago they reaped global coverage for the brand by sneaking All Black great Jonah Lomu into a pub quiz machine, a stunt which saw them make a big splash in the Southern Hemisphere.

“We’re looking outward all the time,” says Jill. “The market is small in Ireland, there’s a limited pot of clients and we hugely value the local clients we have because they’re super smart and super ambitious and working with them helps us because they look outwardly too.”

Rothco’s punchy and fearless attitude is baked into its DNA, and, surrounded by Dublin’s booming tech scene it’s in a powerful position.

“Ireland is increasingly becoming the centre of global operations for the likes of Google, LinkedIn, Airbnb. They all have European headquarters in Dublin and I think that has changed the optimism in Dublin. It’s very infectious. We’re right in the centre of that and in fact LinkedIn are building their new offices just beside us,” says Jill. “It allows us to connect with global types and global thinking and get to know people. While Ireland is a relatively small market the one thing that we have in common for all of our clients is that they’re all of a similar ilk in that they’re all outward looking. Someone like AIB is a local client, yes, and Heineken is a local client but we’ve managed to get some global work out there – but they’re all outward looking and they’re looking to make change.”

And Dublin’s growing reputation as a tech hub has seen Rothco take on clients like taxi app Hailo (which it helped launch), TaskRabbit and drone verification software Verifly. These new kinds of clients mean that the agency has to stay constantly nimble.

That ‘outward’ mentality has meant that even the work that’s focused on local issues has resonated far beyond the island of Ireland. Shred of Decency, a partnership with a local stationary store, boosted the ‘yes’ camp in this year’s marriage equality referendum by turning lie-filled homophobic propaganda into confetti. It was the result of one of the agency’s infamous ‘gang sessions’, where people of diverse expertise come together to thrash out ideas. 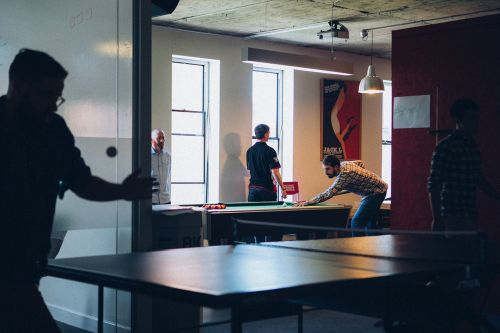 “I don’t know if we knew what to expect from it; all we knew was that that we were really passionate about the cause. It was something that we observed happening, these lies that we’re being printed and there was massive alignment in the agency that we couldn’t let something like this happen. The creative idea came from that,” says Jill.

“I think the reason that it was so internationally successful was that it’s a human truth that touches everybody and I think like any good message in advertising, if it’s based on a human emotion then it will touch people no matter where they are in the world. Obviously it’s also very topical and marriage equality is a big issue globally. We were absolutely delighted and it was made even better when the referendum was passed.”

It was a campaign driven from the heart – the agency was overrun with volunteers who dragged their friends and family along to help make their unique confetti. But such genuine passion and principle marks the agency out as somewhat unusual – something Jill puts down to the liberal culture of being an owner-managed independent.

“It’s owner-managed and the people who set it up 20 years ago are still as involved now as they were then. What that means is that anything can happen. Anything can happen very quickly and anything can change very quickly. If you want something to happen it’s really empowering to know that it can – and if it’s not the right idea then it won’t happen.” 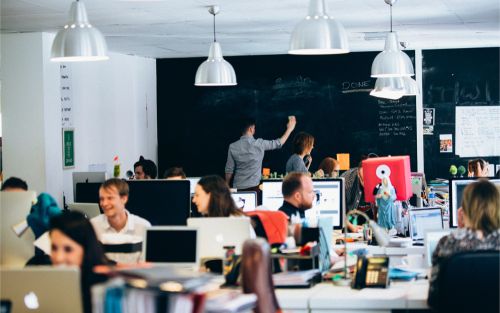 In fact, each Rothco employee keeps a small box on their desk containing the word, ‘Permission’. It’s a simple but powerful reminder that everyone has the freedom to push creative boundaries.

Also going from strength to strength is Rothco’s sister company, Guns or Knives, an activation agency that’s been making waves in its own right with the likes of The Heterophobic Taxi Driver. Rebranded last year from Rothco Social, the agency is headed up by Zara Flynn and its daring branding has attracted much attention from clients. “It’s about choosing your best weapon to make the biggest impact for your clients,” says Jill. “It’s full of attitude and what’s great is that people seek it out to find out more. And they’re doing some amazing work as well.”

Looking to the future, Jill repeats the mantra that the agency’s best work is still to come. And making that happen is the agency’s double-whammy of ambition and the deceptively simple, straightforward ability to make shit happen.

“You’ve got to have the ambition to make an impact outside the island of Ireland and once you’ve got that ambition you then need to deliver on it by producing world class ideas. We can’t measure success in local terms, we’ve got to measure it in terms of our thinking.”