Get your head round one of CEE’s most exciting markets 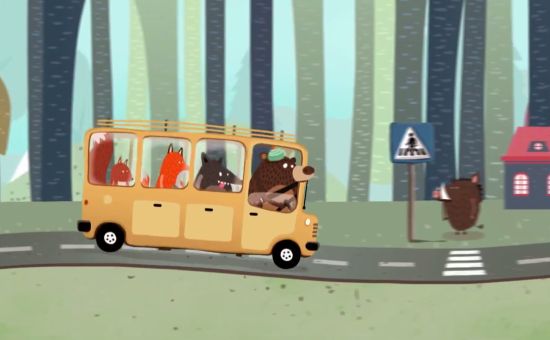 Romanian advertising is super exciting – bursting with talent and confidence. And the more we find out about it, the more hyped we get. Ten months ago we dug deep to find out the reasons for the flourishing ad scene - and now we’re gathering together some of the interesting agencies in Bucharest.

‘Bucharest not Budapest’, announces the McCann Romania website. It’s a nod to one of their many successful campaigns – a 2013 campaign for chocolate bar Rom – and it also hints at how the agency has been instrumental in carving out Bucharest’s reputation as a creative city on the rise. And that has also been noticed by the rest of the network; Creative Partner Adrian Botan has now Global ECD for McCann on Nestle and he is President of the Creative Leadership Council for McCann Europe. These days, the key leadership in the agency includes: Catalin Dobre, CCO, and Sagit Tzur Lahav CEO. And driving forth the digital side of things is Ioana Filip, ECD at MRM//McCann.
This year the agency took home two Cannes Lions (Bronzes in the Media Lions and Entertainment Lions) for their Vodafone campaign ‘Live from a Different World’. It connects hip, young city dwellers with the old people left in the countryside who still live a very traditional way of life.
The office, just 10 minutes’ walk from Romania’s National Museum of Art, can be easily spotted thanks to its rather colourful signage. They do describe themselves as pirates though, so prepare for some creative swashbuckling! 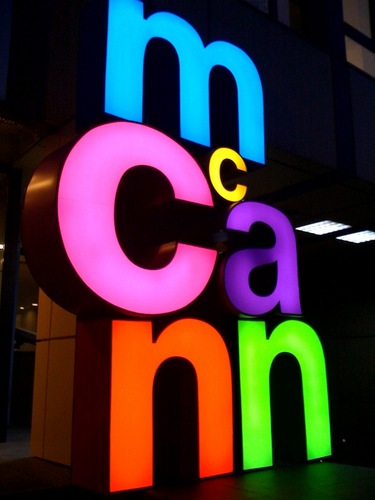 Led by the inimitable Jorg Riommi, Publicis Romania are on a roll and they're a creative lead in CEE thanks to 2016 and 2017 Cannes Lions results. They were 2016's most creative agency according to the Gunn Report. At this year’s Cannes Lions, they took home one silver and three bronzes  for their road safety project ‘Mr Bear Driver’ for the Automobile Club of Romania. That made them the most awarded agency at Cannes 2017 and, for the second year in a row, they were the number 1 agency in Publicis Worldwide’s CEE region.

And, if proof was needed that Romania’s creative influence was growing internationally, Publicis Romania has exported 40 campaigns across Europe, the Middle East, Asia and South America. It has won 75 trophies over the past two years at major advertising award shows like Cannes, D&AD, The One Show and more.

The agency was founded in 1994 by Teddy Dumitrescu, who is now the CEO at Publicis One Romania.

According to Jorg, who is Regional Creative Coordinator for Publicis One CEE and a member of Publicis One Global Creative Council as well as the Chief Creative Officer of Publicis Romania, the agency has a unique personality and is full of passion. It's also attracting lots of exciting returning Romanian talent. ""I think the people, first of all: we have great talent and very driven people in house, a few of which also had long international gigs and then decided to come back home to make it happen here. And an awesome clients’ portfolio full of international great brands," he says.

"[It's} Client service, strategy and creative driven, all at once. Sometimes crazy, most of the time exciting. We have a lot of people with strong opinions in the agency, so we always have interesting and hot discussions. But I would say that our common purpose and the glue to do amazing world-class work brings us all firmly together, pushing the local boundaries and making things happen.

And check out their most recent project for Visa - voiced by Morgan Freeman.

Perched above a hip gastro-bistro, nestled at the edge of Bucharest’s old town centre, you’ll find Friend\TBWA. They’re close enough to both the bustling bars and restaurants but also to the north part of the city where most of their clients’ HQ’s are found. The agency was founded in 2003 by Sorin Tranca and Bojan Spasic, who were, incidentally, the first art and copy creative team in Romania.
“We are a unique blend between a local, independent agency with entrepreneurial culture - Friends Advertising -  and the strength of a global collective - TBWA Worldwide,” is what they say about themselves. And beyond their day-to-day advertising work, the agency also runs Friends for Friends Foundation, a non-profit founded in 2009 that’s dedicated to ‘Re-charging Romania through #Creativity’ and helping the country unlock its creative potential.

Cool. Inspiring. Stimulates minds and inspires innovation. Geometry Global Bucharest certainly has one of the coolest spaces we’ve seen – and it’s all about feeding their talents’ hunger for creativity. The brainstorming room is packed with mockups of vintage ads and packages that made history and the yoga room – yes the yoga room – comes complete with swings.
The agency specialises in activation and was born out of the merger between G2, OgilvyAction and JWT Action in June 2013 – and this summer Geometry Global also launched a full-service agency called Fractal Communications.
One of the agency’s best-known projects is 2014’s RGB News, where they encouraged blood donations by removing the red colour channel from the country’s TV news. It won a Gold, Silver and Bronze at Cannes.
view more - Company Profiles