Meet Revolt, a New Kind of Ad Agency for Charities 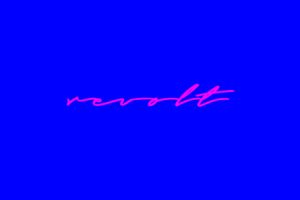 Everything we see, from billboards on the streets to televisions in our homes, is peddling the same stuff it has been for over 150 years - chocolate bars, water with sugar in it, and perfumes that cost more per litre than actual oil!

In comes Revolt, an organisation that helps charities, grassroots campaigns and social causes produce advertising work by crowdfunding a budget from its existing network of supporters on social media.

How does it work?

This sort of model has worked before - for example, the 'I Am An Immigrant' poster campaign raised well over £50k in 21 days, thanks to the 1,524 people that wanted the campaign's voice to be seen and heard. The posters lived in and around the London Underground for several months.

The organisation would handle everything from concept to delivery. Ideally, Revolt would take an idea to client, and they would say: "Seeing as the idea is so totally on-brand and doesn't cost us a penny, yeah man, do it. Now get out of my office. High five."

The only thing the client needs to ensure, is that it is constantly posting pre-made content over its social channels throughout the duration of the fundraising period.

Click here to learn more about Revolt, and to pledge your support on Crowdfunder.