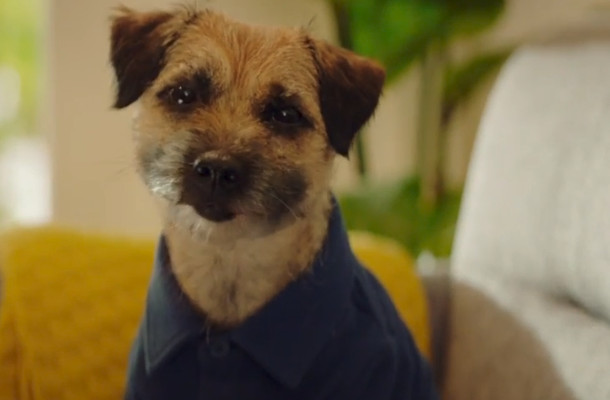 Javelin has launched a new significant AA campaign with the TV debut of Mulligan  (a somewhat unusual cast member). Mulligan is a feisty talkative dog and “owner” of the Brady Family. In this first campaign execution for AA Car Insurance, Mulligan gives a brief insight into his role in the family, while extolling the positives of the Family’s AA Car Insurance.
Part of a significant multi-channel, multi-product campaign roll out, Orla Hickey, Head of Client Services at Javelin said: “What a pleasure to work on this campaign – it started life in the planning phase by identifying core brand attributes around the themes of trust and protection – while distinctly aiming to break out of the typical insurance category style of advertising communications. Dogs and the AA have a quite a lot in common – they’re loyal, trustworthy, dependable and protective - and they are at the heart of Irish families. Dogs want to protect people, so they allow us to talk about insurance and they worry about their families so they allow us to talk how the AA can protect against risks... and dogs are, well… dogs, lovable and watchable.”
Cathal O’ Flaherty, Creative at Javelin said: “From a creative point of view, the dogs in our ads believe as most dogs do, that they are running the show and it was really important to us and the AA that if they were to talk to us that they be both believable and charming – and be worthy of re-watching. This was a really interesting production process bringing together a mini consortium of the very best talent we could find to really bring our idea to life, Lorcan Finnegan of Butter shot our live dogs here on set in Dublin, followed by the arrival from Pinewood studios of a 180 camera “clearangle” rig to shoot our dogs in the round and then the footage was delivered to Rhythm & Hues LA to begin the process of having our dogs actually talk to us. Windmill Lane then oversaw the process with us, and followed on with final post production and sound – it was a complicated campaign to produce and totally worth it seeing the results.”
Laura Conlon McKenna, Head of Marketing at AA Ireland said: “We are so proud of our new campaign and love Mulligan, it is gaining great traction and word of mouth response in its first week it has had incredible engagement on our Social Channels too. Internally it has galvanised the teams and is so positive. It is very hard working in its messaging but also very creatively disruptive and is a real brand differentiator in a very homogenised market – not easy challenges for the agency to crack – but Javelin have done so in spades. We are really looking forward now to launching the next phases ”
“Butch”, the Cassidy family dog will follow on and appear on TV soon for the AA Home Insurance execution. Butch has been protecting the Cassidy family for 35 years (that’s dog years). He takes his job as head of security very seriously and has a nose for trouble.
view more - Creative