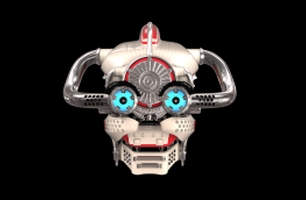 Honda Racing F1 has unveiled the two ‘racing spirits’ behind its power units for the F1 Australian Grand Prix, as part of a global social push aiming to bring fans closer to its F1 activity. The initiative was created in collaboration with Lost Boys.

The power unit characters celebrate Honda’s rich racing heritage and its single-minded pursuit of success during the 2015 season and beyond. Each has a unique personality, and a detailed, engineered ‘face’ inspired by Honda F1 drivers and engineers of the past.