Trends and Insight 759 Add to collection 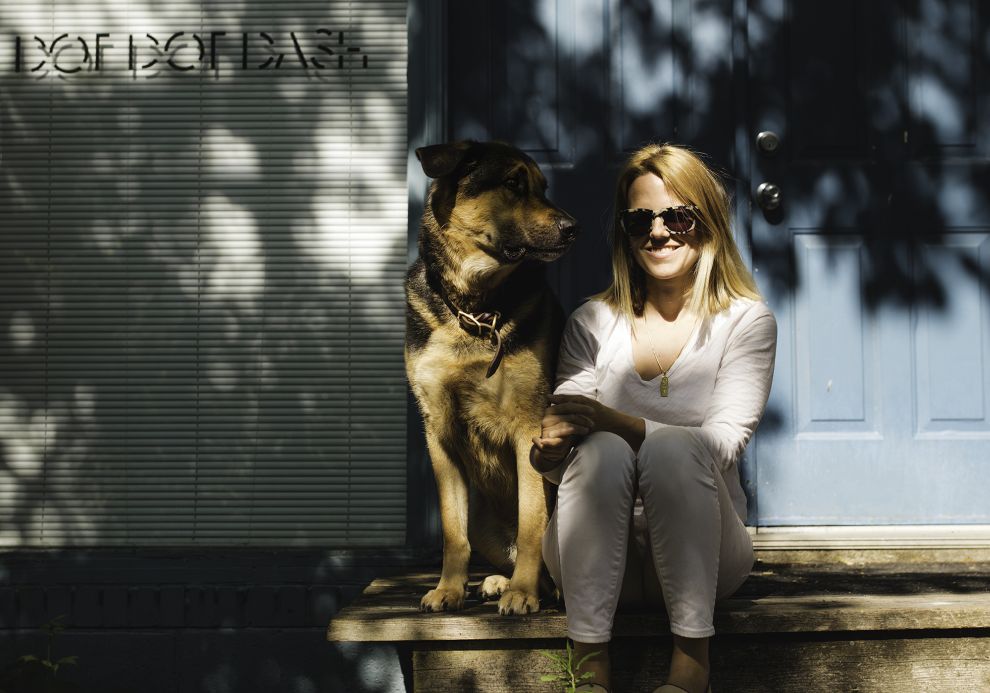 After working in big agencies for a number of years, Blaine Pearson and Jason Van Bruggen became tired of convincing people to buy things that they wouldn’t buy themselves. And so, rather than rest on their laurels, they set up DOT DOT DASH, an ideas company that “gives agency to good”. Launched in 2013, the agency only works with clients and initiatives that are close to the founders’ hearts and that will strike a positive impact on the world. According to Blaine and Jason, having a vested interest in the brands their working with can only lead to positive effects on their creative output. What’s more, working in this way is particularly potent at a time when ‘mainstream’ brands are talking more and more about doing ‘good’ for society.

LBB> You are a “giving agency to do good” - you have both worked for big agencies, what inspired you to launch an agency that aims to work like this?

BP> In short, we were tired of selling people things that they didn't need or that we, as consumers, wouldn't purchase or use ourselves. It was important to have our values aligned with our work - because at the end of the day one of the most important things to pursue in life is the enjoyment of your work. We also imagined that brands who wanted to be better corporate citizens were looking more closely at their supply chain, including vendors in the creative agency sphere, and seeking out partners who were aligned. We wanted to offer those brands a values-based partnership that was not tainted by our staff working concurrently on accounts with clients that were not aligned from a value standpoint. As a consumer, that is how I make my decisions and as such it follows that brands should be similarly thorough in their purchasing and procurement.

That being said, we were always cognisant that delivering on the fiscal and creative objectives of the work is the absolute must in our industry. Being 'good people' doesn't matter a lick if you can't deliver the goods and drive results. The experience of working on large campaigns with Fortune 500 clients gave us the confidence, rigour and relationships to produce work that was excellent, not just by the standards of the non-profit sector. As creative storytellers, we take enormous pride in the fact that our work competes for mind-share, matters to consumers and routinely wins industry awards.

LBB> Are there issues that come with being more ‘picky’ about the clients you work with?

BP> For us, there haven't really been any issues. It adds an extra dimension when we explain what we do, but specificity about the types of projects that we take on has certainly been more of a driver of relationships than a hindrance.

LBB> From a personal point of view though, how is it for you to work in this way? And how does being passionate about the brand improve the creative output?

BP> We absolutely believe that our work is improved by having a vested interest in the outcomes. Value alignment not only helps crystallise our intentions and attract the right human resources, but it also drives creativity because we seek harder, drive deeper and push ourselves to find unique and compelling solutions.

LBB> You’re a creative studio, not just an agency. How do you work? Do you produce all of your content?

BP> We are very purposefully a studio. Our space and workflow is structured to be highly collaborative, flexible and to take advantage of the expertise of each individual. We tend to produce all of our content and work from idea conception all the way to final outputs, although we are willing to work on specific elements of that process. It is our belief that seeing client campaigns all the way from ideation to final deliverables creates a seamless process with less entropy than if the idea were handed from one vendor to another. That being said, we believe in collaboration and actively seek out strategic partnerships with great shops and talented individuals. We don't tend to manage the edit workflow internally, as we don't carry robust in-house capacity, but we're deeply engaged in the edit process and work closely with our editorial partners.

LBB> Tell us about the name - what’s the meaning behind ‘Dot Dot Dash’?

LBB> Your work is rooted with brands that traditionally “do good” - but more and more mainstream brands are beginning to dabble in “doing good”, or at least talking about it. How important do you think it is for brands to demonstrate this? Would you work with mainstream brands in the future if they were honestly trying to push for positive change?

BP> It's simple. As the world moves towards greater transparency there is less and less room and tolerance for assholes. This also applies to brands. It's less about 'doing' good and more about behaving responsibly and ultimately, that's what we're interested in helping to uncover and drive for our client partners.

LBB> You’ve been open for four years - the world has changed a lot since then (Brexit, Trump, wars). How have your aims and ideals changed since then?

BP> Our ideals and aims haven't changed, they've only been reinforced. Close-mindedness, hate, fear and negativity have always existed and they probably always will. Our aim is to promote and build visibility for their counterparts. We see ourselves as providing an antidote and building profile for the people and brands that are doing the right things.

BP> There are a few initiatives in which we've participated that we're extremely proud of. First amongst them would be our work to halt a mega quarry 1.5 hours north of Toronto, saving thousands of acres of prime agriculture land from development. We're similarly proud of the work we did with Greenpeace that contributed to Shell pulling out of their plans to drill in the Arctic.

LBB> What are the plans for the future?

BP> We'd like to continue to expand into the US market as the right opportunities come up. We had a satellite office in San Francisco for a time, and would be very open to doing that again. The Netherlands and other parts of Europe are always an interesting and risk-friendly creative landscape, so doing more work there has been on our radar. We've been working on some prototypes for products that we'd like to bring to market as well. The reality is that we've all got our heads down getting the work done, but we're excited about what the next five years have in store. It won't be boring - that I can guarantee.