Meet Chad, 'Back Of The Head' Actor in Hilarious New Pearl & Dean Ad 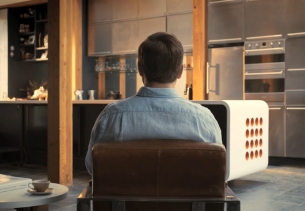 Pearl & Dean, the UK’s best loved brand for cinema-lovers, has created a major brand film to appear first in the preview break of feature-length movie spin-off Entourage which launches nationally on Friday 19 June 2015.

The three-minute cinematic comedy piece introduces the unseen hero of cinema Chad Jackson. “Back of the Head” by creative agency Brothers and Sisters; was directed by Ninian Doff from Pulse Films, the production company responsible for 20,000 Days on Earth, the award-winning and BAFTA nominated, Nick Cave documentary.

Pearl & Dean has an undisputed heritage of promoting its brand to both consumer and commercial audiences through the cinema medium, this is the latest instalment in that communication, and is Brothers and Sisters first work for the brand appointed last month.

Kathryn Jacob, CEO of Pearl & Dean says, “We have always aimed to excite the cinema-going public with fresh ideas.  This film stops you in your tracks, as you get engrossed in Chad Jackson’s story.  His narrative rightly draws you in, as the piece celebrates the unseen heroes behind the scenes in any film, in a clever, contemporary way; its wry humour will appeal to our audience. ”

Andy Fowler, founder and ECD of Brothers and Sisters adds, “There’s as much craft gone into the writing and making of this film as Chad Jackson puts into his back of the head performances. Made by film lovers for film lovers.”

Lucy Robinson, the renowned comedy TV producer, who recently joined Brothers and Sisters in the new role of Head of Comedy, worked with creative directors Will Flack and Aaron Willmer to develop the idea.