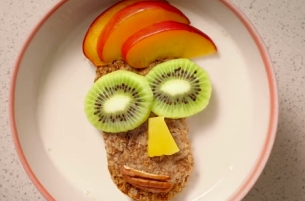 Leading breakfast brand Weetabix is launching a new multi-channel campaign in the New Year that looks to get kids excited by the choice of a nutritious breakfast.

With spend over £5.5 million, the Weetabuddies campaign will run across TV, on-pack, in-store, social and online as well as engaging Mummy bloggers in an effort to get more kids and their families choosing Weetabix. Low in salt, sugar and fat whilst also being high in fibre and a source of protein, every Weetabix biscuit is made from 100 per cent natural wholegrain wheat. This makes Weetabix a healthy, nutritionally balanced and tasty breakfast for the whole family to enjoy.

On-pack for around six weeks from the beginning of January, Weetabuddies will look to remind kids that Weetabix is a fun and appealing way to start the day. Using a series of distinctive and memorable characters, such as Tropicolin, Senor Sultana & Blue Barry, it is hoped the activity will not only show children that a bowl of Weetabix is full of endless possibilities but will also encourage them to get involved and share their own Weetabuddy creations. All those that are shared to the Weetabuddies website throughout the campaign, will be displayed and entered into a competition to win one of the daily Weetabuddy creator kits on offer.

Beyond the desire to get more kids choosing a healthy Weetabix breakfast in the morning, the campaign also looks to address the issue that on average children aged 4-10 years are currently only eating half of their recommended ‘five a day’ target (excluding fruit juice). Based on a Weetabix wholegrain biscuit, each of the new Weetabuddy characters have been created using a range of toppings to reflect their individual personalities, the majority of which are fruit based to help increase children’s fruit intake at breakfast.

This will be supported with in-store activity across the key retailers, which will include a full POS package to help draw families’ attention to the Weetabuddies campaign in an engaging and eye-catching way. In addition Asda for example, will sticker the fruits which have been used with special Weetabuddy stickers, to encourage kids to choose more fruit as they try and recreate their favourites.

Commenting on the campaign, Weetabix Senior Brand manager Claire Canty said: “We know from our research that as kids get older and experience new tastes and flavours they’re increasingly looking for more exciting, varied breakfasts. However, we know mums still want to be reassured that their families are making healthy choices in the morning which is why we have launched the Weetabuddies campaign. By helping families to get creative and encouraging them to make their own Weetabuddies, we hope that kids will be reminded that a bowl of Weetabix is a lot of fun, while mum can be reassured that they are still getting a delicious and nutritious breakfast, helping us to encourage a whole new generation to fall in love with Weetabix as a result.”