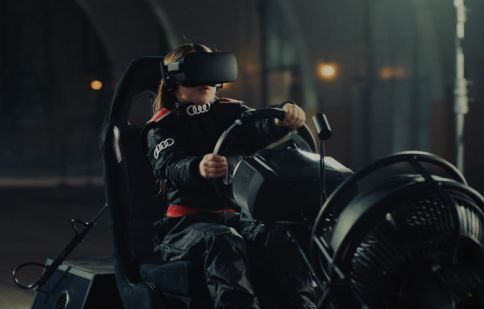 Cannes Lions has released the names of the 35 campaigns included in the 2017 Innovation Lions Shortlist, with global creative production company MediaMonks nominated in the category Technological Craft and Development for ‘Enter Sandbox’ with Audi and POL, as well as ‘Theater For All Ears’ with Samsung and Leo Burnett in Early Stage Technology.

“As makers, innovation lies at our core. We bring 16 years of experience merging visual storytelling and technology to elevate ideas into something that's truly unique. Shout out to our Swedish and Brazilian offices, as well as Monks in Amsterdam HQ, for raising the bar. There’s no higher recognition in advertising than Cannes," says Victor Knaap, CEO, MediaMonks.

‘Enter Sandbox’ is an in-store VR installation that lets car enthusiasts test-drive the new Audi Q5 on a self-made track made out of sand. The physical sandbox was turned into a virtual playground using a depth-sensing camera, rendering the self-made sandbox into a 3D environment that can be explored with the Q5 in a VR driving simulator. Following the launch, Audi dealers reported a 57% increase in visitors during the tour dates of the sandbox and the Audi Q5 went on to become the best-selling model in Norway.

‘Theater For All Ears’ utilised Samsung Gear VR so that the deaf and hearing impaired could watch a theatre play without the need of a sign language interpreter. ‘Theatre for All Ears’ was first put into action during the play “O Pai” (The Father) which premiered on May 12th at the Frei Caneca Theater in São Paulo.

The Cannes Innovation Lions Shortlist honours ground-breaking technology and problem solving. MediaMonks was included in the first shortlist when the category was created in 2013. The teams behind each campaign will present their concept to the jury live over three days, on 17-18 June in Palais II and then 19 June on the showcase stage at the Lions Innovation Festival. 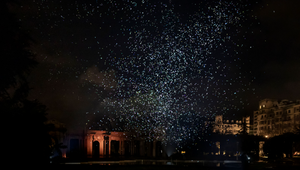