Opens ninth international office to be headed up by Niels Monsieurs 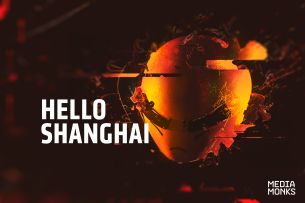 MediaMonks has officially opened for business in China. Headed up by Executive Producer, Niels Monsieurs, MediaMonks Shanghai caters to the growing demand for high-end production work in the Chinese creative industries. The office follows after extensive working relationships with leading Chinese agencies based out of the company’s Singapore office, which launched in 2013.

MediaMonks CEO, Victor Knaap said: “We’re hugely excited to be in China and announce this news. China is a unique market with its own digital platforms and culture. As a technology-driven company in advertising, we need to be close to the prevailing platforms and agencies we do business with to stay current and produce culturally relevant work. With a Shanghai office, we are doubling down on innovative advertising platforms such as WeChat while extending our footprint as a global production partner to creative agencies and their brands.”

MediaMonks Shanghai is the ninth international office of the creative production company that was founded in Amsterdam in 2001. Plans for Shanghai have been in the making since 2014 and accelerated when Niels Monsieurs was appointed to head up the office.

Monsieurs joined MediaMonks as a Digital Producer in 2011. In 2014, he moved to Chengdu to become the Executive Producer of Dr. Panda — the largest independent producer of kids games in China. With his expertise and experience working in the Chinese creative industries, Monsieurs returned to MediaMonks to realise the company’s long-time ambition to launch in Shanghai. Monsieurs is supported by a local team, with Chen Zhang serving as the office’s Technical Director.

Said Victor Knaap: “With two years in to Chengdu and Shanghai and four at MediaMonks, Niels understands our culture as well as the local way of business. He’s the bridge between our brand of production and the platforms and agencies we work with.”

MediaMonks Shanghai launches on June 22 with a local team of producers, creatives and technologists. The office already works with the Chinese offices of AKQA, JWT, Ogilvy, and TBWA and is responsible for one of MediaMonks’ biggest projects of the year, with the Intel-powered personalised film History Comes Alive produced for JWT Beijing.