Smith was most recently General Manager at AKQA in Amsterdam 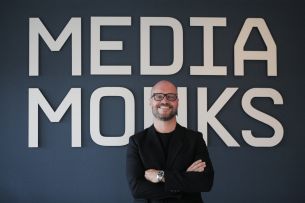 “It’s a transformative time for digital production,” Smith said. “Film and tech are merging and consumers expect an integrated experience across touchpoints. Content plays a bigger role than ever, and AR and VR are opening up exciting new avenues in mobile. It’s thrilling to join the MediaMonks family and bring together all of these formerly separate fields.”

MediaMonks CEO, Victor Knaap adds: “It’s great to bring someone with so much digital experience into our fold. MediaMonks is expanding geographically, with two new offices opened this year, in São Paulo and Shanghai. We’re also broadening our expertise. Next to digital campaign work, you’ll see us moving into content and platforms that make use of artificial intelligence. Kris’ management talent and knowledge of complex infrastructural projects will foster that growth.”