Awards and Events 358 Add to collection 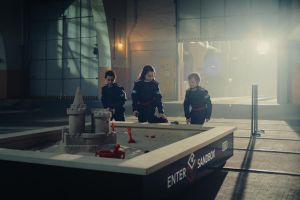 D&AD Festival has awarded Swedish creative agency POL and global production company MediaMonks a Yellow Pencil for Audi’s VR project Enter Sandbox. In total, 733 Pencils were awarded during D&AD Judging 2017, with only 62 yellow pencils given for work of the highest creative excellence. Enter Sandbox was recognised in the category of Branded Content & Entertainment - Immersive.

In-store VR installation Enter Sandbox is an immersive experience designed to launch the new Audi Q5. By combining physical installation with VR, customers can test-drive the new Audi Q5 on their own track made from sand. The customised sand race-track is carefully scanned by a depth-sensing camera, which creates short bursts of light with over 200,000 measure points from which a virtual world is rendered. Having built the track, drivers then buckle up in the new Audi Q5, which becomes a portal to the virtual world they just created, complete with a shifting seat, subliminal sounds and audio immersion. The size of the jumps and the challenge of the course are all dictated by the sandy self-made chicanes.

Following the launch of the Enter Sandbox, campaign, Audi dealers reported a 57% increase in visitors during the tour dates of the sandbox and the Audi Q5 went on to become the best-selling model in Norway.

Together with 180LA, MediaMonks was also recognised with a Wooden Pencil Award for UNICEF - Unfairy Tales under the category Creativity for Good.

“It’s thrilling and very humbling to win two pencil awards this year, and the fact that one of them is the Yellow Pencil is is truly exciting. D&AD raises the bar every year, celebrating the best in creative excellence and we’re proud to be part of it,” said Jon Biggs, Creative Director, MediaMonks. 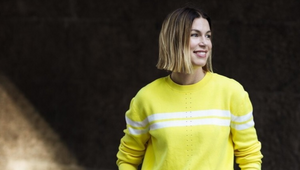 At This Year’s Olympic Games, Creativity Goes for the Gold
View all News