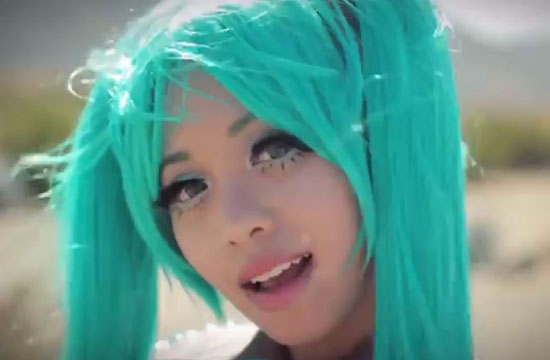 As part of the marketing promotion for YouTube’s upcoming Geek Week,  Omnicom Media Group agency PHD, through partnership with Digital Cinema Media (DCM), have created a media first by advertising AFTER the credits of a film instead of before the trailers.

Content includes a brand new episode of the British cult children's TV show Knightmare, which was famed for its blue screened backdrops through which a child wearing a giant helmet was blindly guided through nightmare scenarios by friends. The Knightmare content forms the basis of the advertisement which will run after the latest superhero blockbuster The Wolverine as well as displayed throughout foyers in selected cinemas from Friday August 2nd to - Sunday August 4th.

David Wilding, Head of Planning at PHD said “This movie has an additional scene at the end so we already knew the super fans or geeks would stay until the very end to see it. This insight opened us up to the idea of tapping into this never-used-before element of the cinema experience and targets the proud geek audience we’re looking for perfectly.”

Richard Waterworth, marketing director, at YouTube said “Geek Week is a wonderful celebration of geek culture and content on YouTube. This innovative media use was based on keen behavioural insight and reaches our target audience perfectly.”

Joe Evea, Commercial Director, at DCM said “DCM is delighted that PHD has embraced the flexibility of digital cinema to plan such a creative and unique media execution. This campaign shows an understanding of both the cinema audience and the enduring appeal of the cinema experience that continues after the movie has finished.”