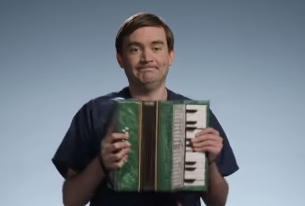 To help Urgent Care Clinic, MedExpress, remind consumers that in addition to offering medical aid for cuts, sprains and the like, it also can take on viral illnesses like the flu, Fitzgerald & Co created a series of pre-roll ads that attach themselves, like viruses, to YouTube videos that are going viral.

A pleasant spokesman delivers a series of deadpan, painfully boring, but quietly hilarious, unskippable performances, including blink counts, to make the point that MedExpress is doing its best to stop all virality, including viral videos. Viewers are directed to medexpress.com/antiviral to watch more pre-rolls and find a nearby MedExpress.