MEC Access Partners with the Royal Navy for New Campaign 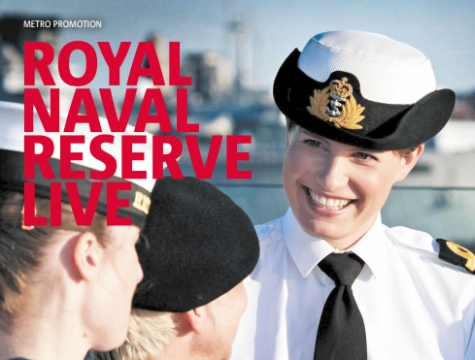 The campaign, developed and executed by MEC Access, is set to drive awareness of the key role the Royal Naval Reserve play in the Royal Navy. The campaign centres on substitutions that are made in sport, highlighting that these players are specialists called upon when the manager needs them most. The creative draws an analogy between the pivotal role these substitutes play and the role of the Reserves in the Royal Navy.

The campaign will be brought to life through partnerships with 15 football clubs, one for each Royal Navy Reserve Unit throughout the UK, as well as The Metro, and amplified with a digital engagement strategy.

In partnership with football clubs including Fulham, Cardiff , Sunderland and Rangers, Royal Naval Reserve messaging will be displayed at the moment of real substitutions during football matches at home games, via digital LED messages around the pitch, on the big screen and over the tannoy. Royal Naval Reserve messaging will also feature on stadium concourse TVs and in match day programmes, whilst the partnerships also provide match tickets to use in competitions. 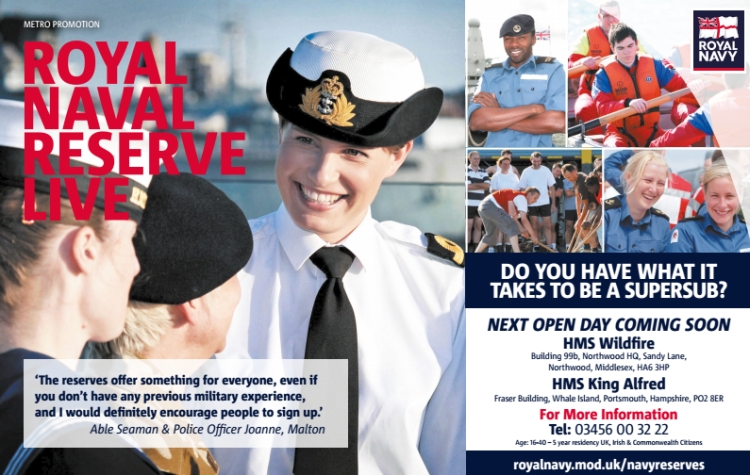 The activity includes monthly national instalments in The Metro’s sports section, profiling the super substitutes of sport and a corresponding Royal Naval Reserve, detailing the vital impact they have made to the Royal Navy. MEC Access have also secured the placement of bespoke fortnightly recruitment half page adverts in The Metro, tailored to the region of each Reserve Unit and featuring real Reservists.

The campaign activity will be augmented by the implementation of a digital engagement strategy across social media sites including Facebook and Twitter, placing shorter-form content in front of potential Reservists, with information about what it’s like to be in the Royal Naval Reserve.  This content will also link relevant audiences to the Royal Navy website or information about a Royal Naval Reserve live event. The campaign forms part of wider MEC activity for the Royal Navy.

Lieutenant Commander Lee Thorne, Marketing Manager for the Royal Navy, said, “MEC Access have put together a fantastic campaign to raise awareness of the key role Reservists play in the Royal Navy, in a really accessible way to drive our recruitment targets. The game-changing substitutes analogy they’ve developed is a fantastic way for consumers to easily understand this role, and the partnerships they’ve secured are a brilliant platform for that message. We’re looking forward to seeing the results of the campaign”.

Ben Bradley, Business Director at MEC Access, said, “We’re very happy to be launching this integrated campaign for the Royal Naval Reserve. Reservists make a vital contribution to the work of the Royal Navy, the same way super subs so often do in competitive sport around the UK every week. This campaign – with the multi-faceted partnerships and digital amplification we’ve developed – is a really effective way to drive that message home in a way which will have a lasting impact on potential Reservists.”