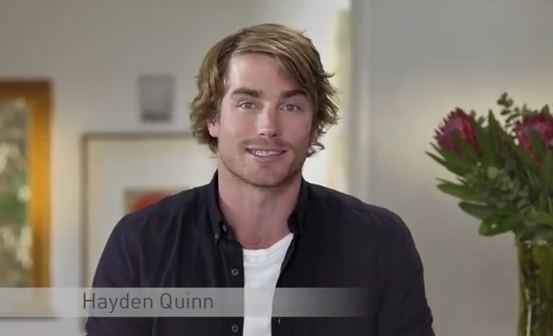 After the success of The Dinner Project in 2014, Meat and Livestock Australia (MLA) has announced the launch of a new digital cooking series, ‘Dinner 3 Ways’, continuing its push into content marketing and building on the innovative approach to marketing that it has become renowned for taking.

The new series has shifted from a traditional TV style format to a user-controlled digital series based on the insight that consumer video consumption habits have changed over the past three to five years.

Over the course of 18 episodes, Hayden and his guests will take six key cuts of beef and lamb and bring audiences three exciting recipes for each, designed to ignite inspiration in the kitchen whilst also guiding audiences with cooking tips and solutions.

The distribution strategy developed and produced by Ensemble, Society and UM leverages the online and social audiences of the featured talent to help promote and drive a targeted audience to the MLA’s consumer hub – www.BeefandLamb.com.au.

In a further drive to ensure relevance to the audience, the series also features a ‘follow your own journey’ construct, allowing the audience to pick and choose which recipe from three to watch following a brief introduction from Hayden to the three guests about what they will be cooking.

Andrew Howie, marketing manager consumer programs at MLA says, “We know modern life is busy for everyone; from young professionals to overloaded Mums. With so much else going on it’s hard to be inspired in the kitchen seven days a week.”

“Dinners 3 Ways has been specifically designed to show how simple it is to prepare a variety of healthy meals using beef and lamb.” said Howie.

“Dinner 3 Ways is an exciting evolution in content marketing for MLA. We have been supporting MLA’s drive to become creator, publisher and distributor of their own content, a direction we are passionate about at Ensemble” said Tim Hodgson, MD of Ensemble.