McVitie's is Lost For Words with its 'Very Important Biscuits’ Range 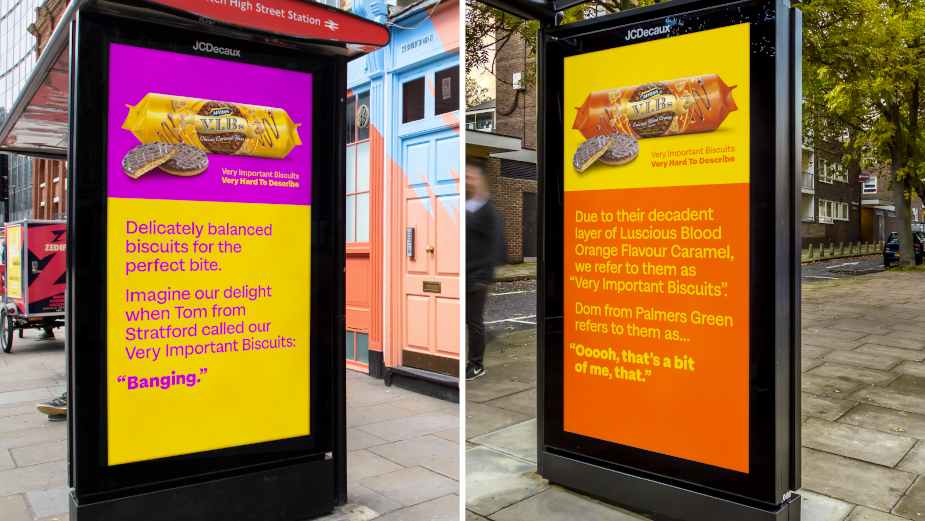 TBWA\London has created a tongue-in-cheek campaign for its client McVitie’s, which launches a new range to market, namely the V.I.Bs (Very Important Biscuits).

The work satirises the long-held tradition of chocolate campaigns adopting silky-smooth voiceovers and up-close product shots, by contrasting this clichéd marketing overture with the rather less contrived verdict from everyday consumers that the new biscuits are, well, 'Properly banging!'.

Making light of the fact that consumers absolutely loved the biscuits, but were rather lost for words to describe them other than simply 'lush', the campaign launches the strapline: 'Very Important Biscuits. Very Hard to Describe'.

Starting in September, the activity spans out-of-home, social and radio. The work was created by Paddy Paddison & Joe Moloney of TBWA\London and media was planned and bought by sister agency Manning Gottlieb OMD.