McLaren Lightens the Load of Supercars in Fearless Campaign 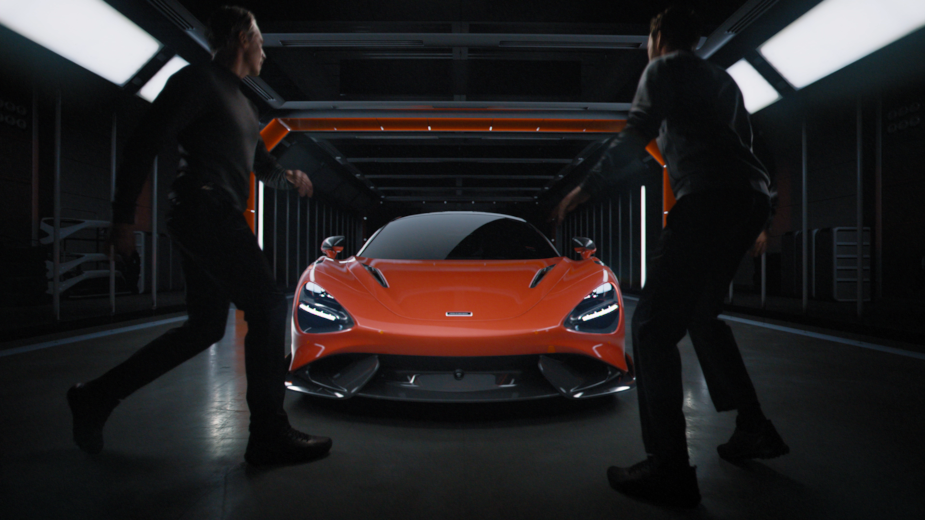 McLaren have launched a new campaign for the 765LT, the latest in the LT line of stripped back, raw and track ready McLaren supercars.

The campaign is the first produced in collaboration with VCCP who, since winning the competitive pitch last year, have been working to bring more of the brand's heritage for technology, purpose lead design and pure driving thrill to life.

The launch idea came from the insight that McLaren’s engineers and designers are set near impossible tasks for each new model, which they brilliantly exceed. For the 765LT, that task was to take one of the lightest and fastest McLaren's going and remove 70kg while adding 45Ps power. To represent this engineering challenge McLaren’s engineers are shown free-falling through the process, struggling to shed weight as they go. The fast moving, high octane nature of the film calling to mind the experience of driving the finished supercar.

VCCP worked with The Mill’s VFX team and their director James Mac to produce an ambitious launch film. Since the team were unable to have the 765LT on set, The Mill created an AR tool to see on-set, how the 765LT would inhabit the space, this in turn influenced the set design and cinematography.

The Mill used Epic Games Unreal Engine in their VFX pipeline utilising real-time rendering of assets supplied by McLaren Automotive and the set design created at The Mill. Real-time animation sessions of the McLaren automotive pieces falling through the space enabled very quick iterations. The artists were able to direct elements in real-time, making changes to suit the edit. Virtual production techniques were used to retrospectively enhance shots and had the added bonus of saving a lot of time. The final result is a film which illustrates visually, the incredible engineering of a beautiful supercar.

Taking the idea further, VCCP also worked with renowned car photographer John Wycherley to produce still images showing off the car's aggressive design and produced a complimentary film through VCCP Kin, showing the car's power and performance in its natural habitat: the track.

On the launch of the new campaign, Jamie Corstorphine, global marketing director at McLaren said, “Working with VCCP has given us the opportunity to move our brand communications in a new direction; one that focuses on the spirit and determination within McLaren to go beyond what is known to be possible in search of extra performance and engagement. The team at VCCP echoed this approach in their resolve to stretch the art of the possible within the film production process.”

Sam Heath, creative director at VCCP added, "The 765LT is one of the most incredible cars on the road today but it was the fearlessness of Mclaren's engineers that was so incredible. They were asked to strip out 70kg of kerb weight but went beyond that and achieved 80kg. We wanted to tell that story in an imaginative way."