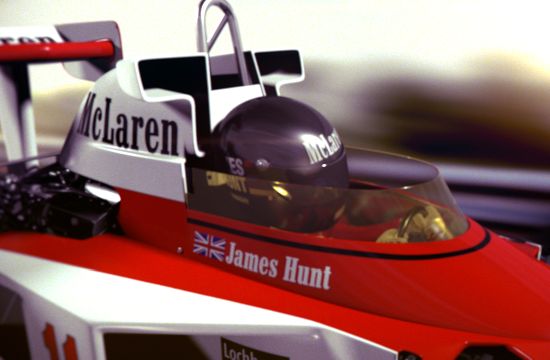 McLaren and its creative solutions partner, Framestore, are marking the F1 brand's 50th anniversary on 2nd September 2013 with a second series of McLaren's immensely successful media property, Tooned. The first episode launched on Sunday 30th June, on Sky Sports before the British Grand Prix at Silvestone.

Tooned 50 retells the history of McLaren's cars and the champions who drove them, along with tales of wild excess, intense competition, young prodigious talent… and glorious victory.

Tooned 50 comprises eight three-minute episodes that are to be rolled out across Sky and digital channels throughout the year, with each new episode's launch coinciding with key F1 races. The episodes will then be compiled to form a 30-minute film that can be broadcast in that format.

The idea for Tooned 50 was devised by McLaren's creative solutions and content partner, Framestore, who also helmed the entire CG production whilst drawing on cult TV comedy talent: writers/directors Chris Waitt and Henry Trotter (A Complete History of My Sexual Failures, Fur TV and J-Factory).

McLaren decided to commission a second series of Tooned because the original 2012 series exceeded all expectations when it came to generating social buzz and rare F1 access to youth and family demographics.

McLaren Group's Brand Director, John Allert, explained why McLaren invests in branded content: "Our first series of Tooned, which ran in 2012, exceeded all expectations.Tooned broadened exposure of our drivers and humanised them to younger audiences. In fact, the series gave us valuable access to youth and family demographics: something that's unusual for the sector.

"Tooned became the UK's top trend on Twitter in September 2012 and this success was replicated on YouTube where Tooned received more than 2-million views. And the merchandising opportunities have been similarly outstanding. The DVD was distributor Abbey Home Media's top performing children's title over the Christmas period.

"I'm convinced we managed to strike gold by creating premium content utilising world-class talent and with such high production values. Without this input from Framestore, the series simply wouldn't be so engaging. Framestore's high-end approach has built a property that feels more like genuine entertainment, rather than marketing content. And that is why the series has engaged far beyond our core audience of avid F1 fans." 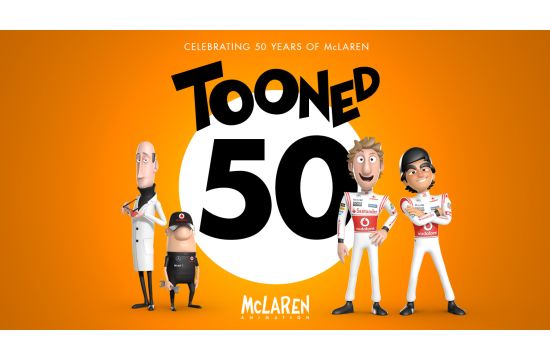 Framestore's executive producer, Simon Whalley, added: "Using a high-end CG route means we can tap into McLaren's impressive heritage whilst recreating its legends in a contemporary way that engages youth audiences. This quality approach also means that the content feels more like watching a credible TV comedy series, so the marketing messages get baked-in in an engaging but unobtrusive way.

"Much of Tooned's success lies in the nature of our 50/50 partnership with McLaren, which gives us an intrinsic understanding of the brand and means we're able to proactively identify content-led marketing opportunities, rather than waiting for briefs. This is how Tooned 50 came into being and we're confident it will be even more successful than the original series."