Provides the most detailed insight into the brand yet 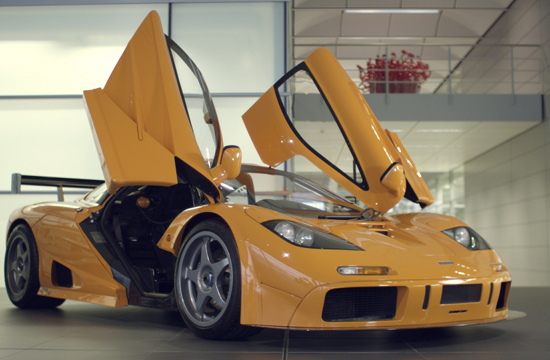 Today marks the official launch of the new global brand website for McLaren Automotive.  This digital initiative is aimed at offering unparalleled inside access to McLaren and introducing a new global audience to the iconic British brand. The new site and exclusive content can be viewed at cars.mclaren.com.

In the 50th anniversary year of the McLaren brand, the site houses never-before-seen video interviews with the key people who have shaped its history. Telling the story of the creation of the company in line with the vision of its founder, Bruce McLaren, developed through racing success both at home and abroad. The new website also explores the creation of the iconic McLaren F1, through to the groundbreaking 12C, 12C Spider and McLaren P1™. These stories are told by the engineers and designers who were integral to development, offering intimate details not previously shared with the outside world.

Detailed insights into the technological and engineering expertise of the company are boldly presented alongside the ways in which the unique values and beliefs have combined to create one of Britain’s most successful and famous brands.

McLaren Automotive is also opening its doors to the world, and offering a unique insight into the operations of the legendary McLaren Technology Centre (MTC), and the birthplace of all McLaren production models, the McLaren Production Centre (MPC). The site explores the way in which the Foster + Partners-designed MTC and MPC were conceived and constructed to inspire greatness amongst those who work within its walls, with behind the scenes video showing the unique production approach at McLaren Automotive.

A new feature will also offer the opportunity for future customers and fans to create their own bespoke 12C or 12C Spider using the new “customiser” tool. This will allow the audience to personalise their own McLaren Spider and explore a 360 degree view within the Southern Spain countryside.

“For the first time, we are opening McLaren’s doors to our global audience offering an exclusive luxury experience through engaging content, rich video, CGI and most importantly the stories behind the McLaren brand,” explained McLaren Automotive Head of Digital, James Keady.

In order to cater for key emerging markets, the new McLaren Automotive website will also be available in Chinese for the first time, extending the groundbreaking digital initiative into new territories.

“We are confident that our new global website mirrors the standards of excellence we aim to achieve across all areas of our business” stated McLaren Automotive Sales and Marketing Director Greg Levine. “Alongside our digital agency (SapientNitro), we have created an exciting new platform that will sit at the head of all digital initiatives to ensure that we offer an unrivalled digital journey to our customers, prospects and fans alike that will not only tell the McLaren story but also support our ambitious sales and brand development targets.”