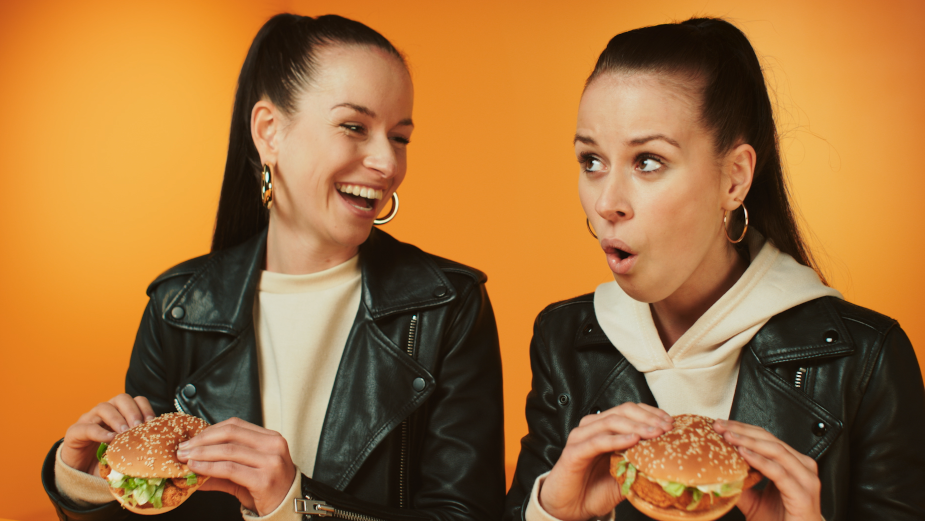 Today, McDonald’s announces the launch of the McSpicy burger onto its menus for a limited time offer, with a new blisteringly hot ad campaign that invites customers to engage on social in one of the most hotly debated dinner table discussions: how spicy is it?

The campaign, created by Leo Burnett, plays on the subjectivity around how spicy food is by encouraging people to take part in a #McSpicyDebate. Customers can rate the spiciness of the hottest new addition to Maccers’ menu on social by selecting one of four spice tribes they belong to: ‘A lil’ kick’, ‘Pretty spicy actually’, ‘HOT, HOT, HOT’ and “My mouth’s on FIRE!”.

Thomas O’Neill, head of marketing food & beverages of McDonald’s, said: “We’re really excited to be bringing the McSpicy to our menu. We wanted to create a campaign that leans into the inevitable debate our customers will be having about spice – and the result is certainly going to get people talking.”

In media planned and bought by OMD, dynamic OOH will pull live results from national and regional Twitter polls into panels dotted around the country, giving consumers an insight into the leading spice tribe. Digital OOH panels will also be adorned with user generated Tweets, further showing consumer opinions on the McSpicy. 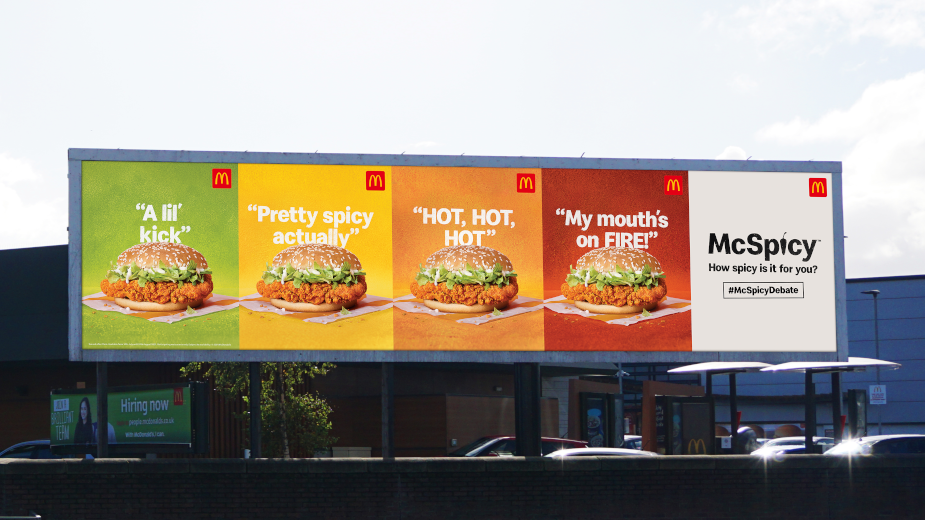 The campaign will also be served on display, social and app – including a McSpicy Snapchat lens and its own custom emoji and GIFs developed by Leo Burnett, so people can have fun interacting with the campaign. OMD has also brokered a social content partnership with LADbible, featuring those who’ve put their tastebuds to the test and tried the McSpicy for themselves.

Mark Elwood, executive creative director of Leo Burnett, said: “Spice is so subjective – what might be eye wateringly hot for some, may be a mere tingle for others. Telling customers the McSpicy is ‘hot’ could fuel disappointment to hardcore spice fiends or alienate others with a weaker constitution... So why not invite customers into the debate to judge our burger for themselves.”

Accompanying the social campaign will be a 30s TVC directed by Simon Neal and produced by UNIT9. ‘First Bites’ is an entertaining and authentic celebration of Britain and Ireland’s diverse taste buds set to Nelly’s ‘Hot in Herre’ iconic soundtrack. The 30s spot records the genuine reactions of the cast on trying the new burger and the ad’s light-hearted and playful approach and tone will remind people of McDonald’s ‘Hungry Eyes’, ‘Ker-ching!’ and ‘We Deliver’ ads we’ve seen in recent times.

For the launch of the campaign, McDonald’s will disrupt the traditional radio ad break with a Global partnership that’ll see Roman Kemp and Jamie Theakston lay bare their spice tolerances in engaging pieces with Dexter, the voice of McDonald’s. Some of the nation’s favourite podcasters will weigh in on the debate too, with Sh**ged, Married Annoyed and Two Pints with Will and Ralph lined up to give their view on McDonald’s newest product.

There will be a series of PR activations from PR agency Red, from influencer debates, celebrity samplings and national PR and social activations.

The campaign will run for six weeks between 14th July and 24th August in the UK and Ireland while the limited time offer is available.