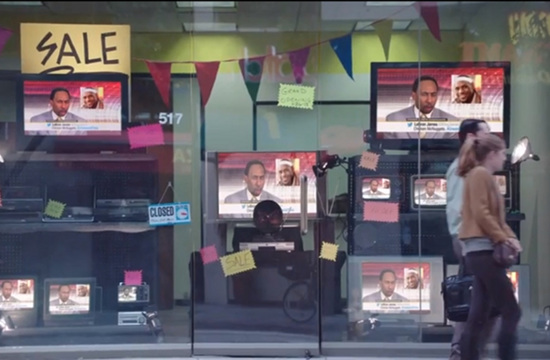 Lebron and Stephen A. Smith feud over “Greatest-of-All-Time” in a recent McDonald’s ad. In the spot, Stephen A. takes issue with a tweet from LeBron reading "Chicken McNuggets #GreatestAllTime," asking, “Ever heard of the Quarter Pounder with Cheese LeBron? Whatever happened to the Big Mac?” The debate created a ripple effect of responses from viewers across the country, all chiming in to give their two cents on the greatest McDonald’s item. Thousands of tweets emerged commenting on everything from the spot itself, to the appearance of @kingjames and @stephenasmith in the same spot, as Stephen A.’s hashtag suggestion (from a second locally run spot), that LeBron has his #headbandontootight.