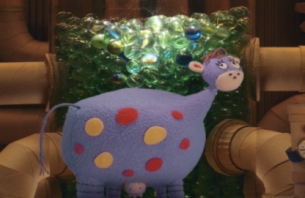 McDonald’s UK launches a new integrated campaign to drive trust in the brand. Developed by Leo Burnett London, the ad aims to increase peoples’ trust by addressing their food concerns, showing them that McDonald’s uses only good cuts of beef with nothing added during the process of making, or cooking the patties.

The campaign launches in Emmerdale on Friday 15th May with a 60 second TV ad, all about myth-busting. It’s about showing customers the quality of beef that goes into a McDonald’s burger (100% beef from whole cuts of forequarter and flank) and demonstrating the inaccuracies of people's preconceptions. The mood of the film is upbeat; there is a serious message but it is packaged in a fun and charming way.

A national press campaign runs alongside the TVC, further bringing to life the ‘nothing added’ messaging, and sits under the brand endline: "Here's to what matters”.