Awards and Events 724 Add to collection 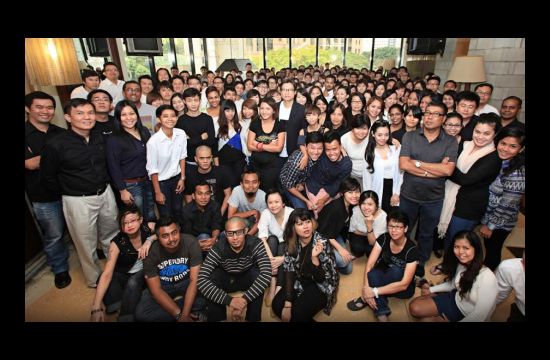 Leo Burnett Malaysia who teamed up with their clients, McDonald’s Malaysia and the Turtle Conservation Society emerged winners, bagging a Gold and Silver respectively and a total of RM800,000 worth of airtime, for the best creative campaigns in the recent “Moving Minds Challenge 2014”. The competition was organized by Moving Walls, Malaysia’s first interactive billboard campaign on a 200-feet LED screen on Bukit Bintang.

Taking home the grand prize was the “Save the Sundae Cone” campaign by McDonald’s Malaysia, where they captured the hearts and tastebuds of passersby, tempting them to save a giant melting ice-cream cone on the big screen by manually spinning a fan on their touch-screen smart phones. The brightly-lit LED display drew crowds who participated without hesitation, with the hook of redeeming free ice-cream cones upon successful completion of the task.

Melati Abdul Hai, Senior Director Marketing and Communications of McDonald’s Malaysia stated, “We are thrilled to have won the Gold. The idea Leo Burnett came up with was simple yet it generated astounding participation with direct and almost instant results. This is certainly an avenue of communication that we look forward to explore in the near future as it allows us to engage with our consumers on a platform that is relevant and inherent in today's world, and hence we are able to bring our brand closer to them.”

The silver award went to the Turtle Conservation Society of Malaysia’s “Be a Hero” campaign which tugged at the heartstrings of all who paused to look at the blissful visual of the sand and sea. Individuals were given a chance to become real heroes by continuously swiping and clearing “sand” on the screen of their mobile devices in order to release a baby turtle into the open sea. They each received a personalized message of thanks for their efforts and also an opportunity to donate to the worthy cause.

The result of this month-long competition was announced during the Moving Minds Challenge Awards Night Dinner recently.  The criteria for evaluating the best campaigns included the originality of the idea, content, interactive engagement, and an individual’s overall experience. 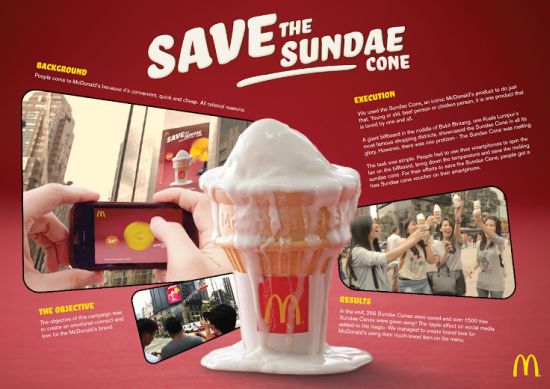 Tan Kien Eng, CEO of Leo Burnett Malaysia said, “Our ‘HumanKind’ philosophy has been our anchor in understanding people in order to create meaningful work that will influence and change their behavior. These wins reinforce our belief that Leo Burnett’s ‘HumanKind’ language really works in engaging people, and we are pleased to have further established our strength in fusing digital technology with creativity”.