McDonald’s Helps Kids Worldwide Get to the Olympics Opening Ceremony 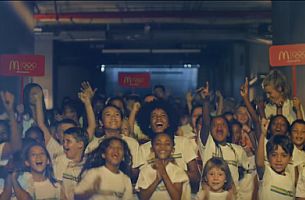 McDonald’s is rewarding 100 kids from around the world with the opportunity to participate in the 2016 Olympics Opening Ceremony in August. The initiative, titled 'McDonald's Olympics Kids Program,' revolves around a unique opportunity for children from over 20 countries to come together in Rio and join the excitement of the Games.

To celebrate the Olympic spirit, McDonald’s is seeking kids who embody the spirit of friendship to represent their countries. In the new film, which also serves as a recruitment mechanism,  McDonald’s explains how they will help send children from each region to participate in the Opening Ceremony in Rio via a contest held in local markets.

The new campaign also consists of TV, social, out of home, and in-store promotions.