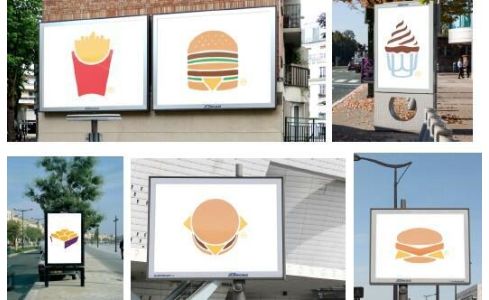 The summer of 2013 was marked by an unheard of McDonald’s campaign, putting the spotlight on its famous “Big 6”: the Big Mac, the Cheeseburger, the Fries, the Sundae, the Chicken Nuggets and the Filet-o-Fish. 6 products that symbolize the brand, celebrated extremely close-up, without a single logo or word.

The audacious campaign was very strongly recognized by the public (2nd favorite French campaign by Ipsos, with a record allocation of 90%) and its success was immense and accelerated, just as expected.

In 2014, McDonald’s wants to go even further by writing a new chapter of the story with TBWA\Paris. This chapter reveals the universal and iconic character of these 6 products in a brand-new way. 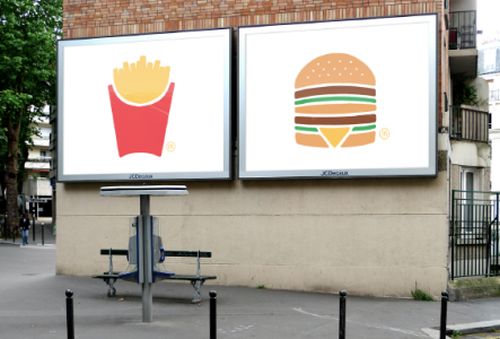 Embodied in the form of pictograms, this campaign is:

- Unique and modern, in the McDonald’s brand image

- Exclusive, simple and universal, just like the 6 iconic products

- A fun and intriguing addition to our cities, like McDonald’s restaurants

These 6 pictograms will be honored in a large outdoor display campaign, which will be deployed on a national level starting on June 2nd on more the 27,000 surfaces. 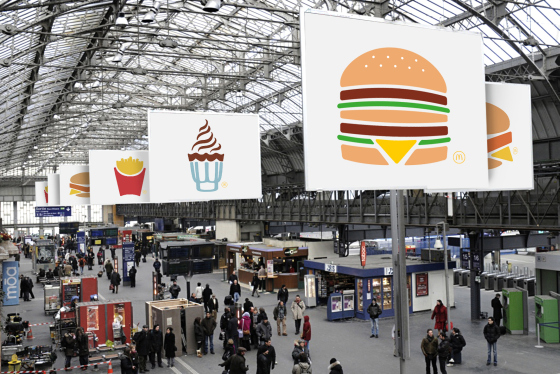 The agency has also developed a TV commercial on air since May 12th and broken down into 15, 25 and 40 second-long films. Staged by the talented Wilfrid Brimo (Wanda) using the instrumental version of “Fly My Boat” by Lazy Jay, the film reveals an entire night in a metropolitan city taken over by groups of young people who paint the city streets with the colors of the new campaign.