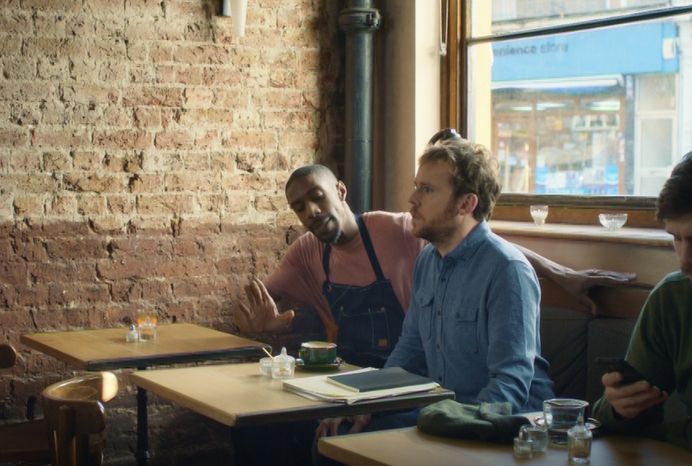 Would-be coffee drinkers come up against the pretentious coffee market in Leo Burnett London’s new campaign for McDonald’s McCafé, introducing the latest addition to the menu – the Flat White.

Following on from McCafé’s brand relaunch last year, this new Flat White campaign is a continuation of the strategy of poking fun at the category. With a mission to demystify and democratise coffee for the masses, it highlights McDonald’s role in the market with its offer of ‘Great tasting coffee, simple’.

In the film, customers are seen in numerous coffee shops trying to get a sensible explanation as to what exactly a Flat White is – only to be met with condescending faces, impenetrable descriptions and nonsense explanations. We start to realise that, in reality, no one knows precisely what a Flat White is.

Finally a sensible definition comes – from a woman working behind the counter at a McDonald’s. ‘It’s like a stronger latte just with less milk,’ she cheerfully tells a customer, who is happy to get to the bottom of the mystery. The ad finishes with the voiceover saying ‘Now at McDonald’s’.

Chaka Sobhani, Chief Creative Officer at Leo Burnett London, said: “People seem to have really resonated with our previous campaigns for McDonald’s no-nonsense coffee offering, so it made sense to continue with the same no-nonsense approach when it came to introducing the new Flat White. After all, you shouldn’t need to have a qualification in cocoa bean farming to enjoy a good simple cup of coffee!”

Michelle Graham-Clare, Senior Marketing Manager at McDonald’s, said: “Leo Burnett’s McCafé work has really struck a chord with our customers, who just want a good coffee without the fuss. While the ad is funny and will spark recognition among viewers, at the same time it gives customers confidence, and we see it as a great tool in introducing Flat Whites to our restaurants.”