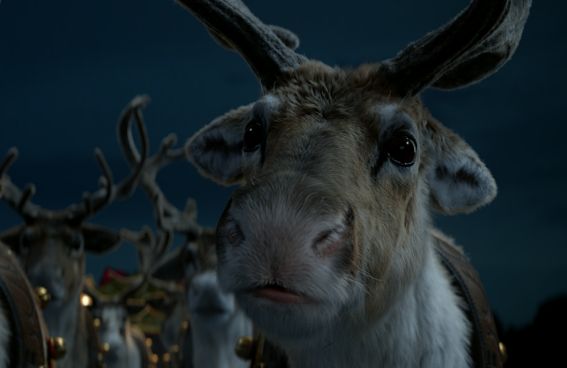 Building on the success of its Christmas campaign last year, McDonald’s is getting #ReindeerReadyagain.

Created by Leo Burnett London, the activity aims to build brand affinity for McDonald’s during the chaotic Christmas period and increase visits.

The agency has created a film that depicts Father Christmas and his reindeer as they journey around the UK on Christmas Eve. While he receives an abundance of mince pies, people seem to have forgotten to put anything out for the reindeer. They soldier on as best they can on their biggest night of the year but eventually the lack of carrots catches up with them and they come to a bumpy landing . Fortunately, Father Christmas spots one of the McDonald’s restaurants, and rushes towards it to stock up on carrots for his reindeer.

With media planning and buying by OMD UK, the film will run on TV, cinema, VOD and social. In a media first, the campaign will launch with an advertising premier, with a broadcaster integrated partnership across ITV, Channel 4 and Sky. Following initial teaser idents, the full 90-second commercial launches on 18th November. Also in 60-second, 40-second, and 30-second cut down versions, the campaign will run for six weeks.

McDonald’s, which has rebranded its carrot bags as Reindeer Treats to fit with the theme of the campaign, has also created a magical digital experience on Snapchat, ‘through a lens-based’ game that transforms the player’s face into a reindeer and prompts them to catch as many falling carrots as possible. The number of carrots caught can then be used as fuel for Father Christmas’reindeer, determining how fast they fly through the sky. Snapchat filters are available for customers visiting McDonald’s restaurants.

The #ReindeerReady website will host exciting competitions, including a Christmas jumper giveaway and an animated e-book for parents and children to read together in the lead up to Christmas. McDonald’s are also bringing families an extra piece of magic on Christmas Day itself with the return of Reindeer Ready Live, an augmented reality tool which allows parents to capture the magical moment a reindeer enters their home at Christmas to share with their children.

Chaka Sobhani, CCO at Leo Burnett London said: "After last year, we wanted to build even more fun ways to help get the country Reindeer Ready. With a unique and playful Snapchat lens and filters, an exclusive reindeer e-book, Christmas jumper giveaways, Festive branded carrots and the magical story of Father Christmas and his Reindeer, we hope this year’s McDonald’s campaign warms the hearts of the nation and captures a bit of the magical anticipation of Christmas.”

Ben Fox, marketing director for brand experience and media at McDonald’s, said: “Our Reindeer Ready campaign aims to deliver a little magic for everyone this Christmas.”

In addition to the brand activity, Leo Burnett has created a campaign to support the McDonald’s promotional food and drink items this Christmas including the launch of the new Chicken Big Tasty and the Millionaire’s Latte for McCafé, featuring the limited edition festive cups. This activity runs across a variety of channels including OOH, press and digital.