McDonald's China Shows "It's Good To Get Together" 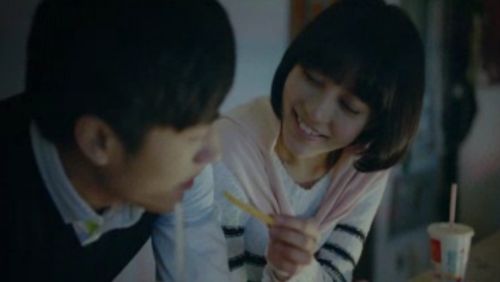 TBWA\Shanghai has launched a new brand campaign for McDonald’s in the China market.

The campaign ‘It’s Good to Get Together’ focuses on the importance of human connection in a rapidly changing modern Chinese society, highlighting the real value of spending time together.

The campaign launched with three consecutive 60-second television spots on CCTV. The three films each feature an insight into modern China, connected to major social trends: migration, the price of our children’s future and the anxiety of achievement.

“With this campaign, we wanted to reframe the lens through which people view the McDonald’s brand, not just as a place for great food, but as a hub where real human connections happen,” said Christine Xu, Vice President and Chief Marketing Officer at McDonald’s China. “That’s the true value of our brand.”

The campaign also has a strong digital element, developed by TBWA’s Digital Arts Network (DAN) Shanghai. The digital campaign invites customers to participate in the campaign by sharing their own ‘Together’ experiences on the importance of being together in a modern China, on the McDonald's campaign site.

“We’re very proud of this brand work for McDonald’s, both because of the rich, local insights it draws on, and the elegant emotive storytelling that brings out the heart of the brand," commented Brian Swords, Managing Director of TBWA\Shanghai.

The campaign runs until May 15.

Project Name: McDonald’s Brand Campaign ‘It’s Good to Get Together’