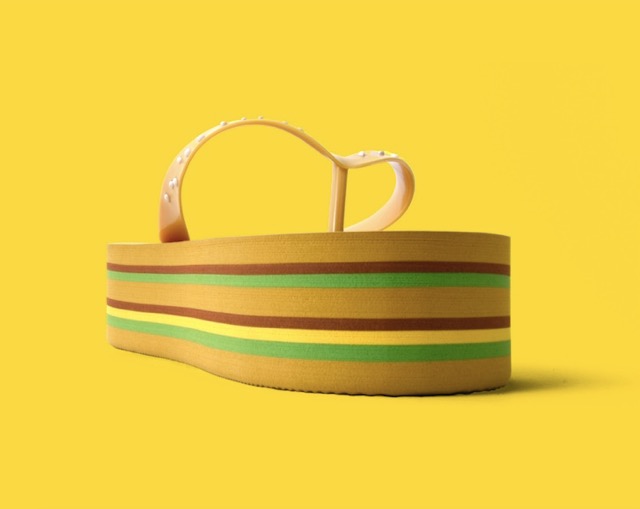 Kicking off the New Year by offering New Zealand beach-goers one-of-a-kind jandals designed to look just like their namesake.

Representing twenty percent of all burgers sold in NZ, the Big Mac towers above all others as the most iconic burger. Though, despite its storied history, a study of millennials found that many had not tried a Big Mac. 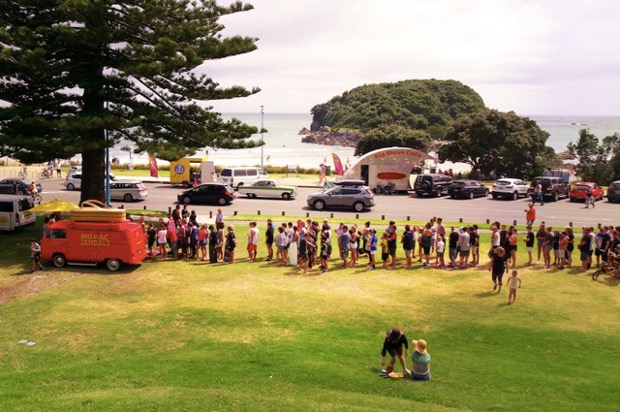 DDB's chief creative officer, Damon Stapleton, says in its 50th year, McDonald's needed to give younger Kiwis a reason to wrap their hands around a Big Mac for the first time.

Says Stapleton: "To elevate the beloved burger to its rightful place as an icon for the new generation of New Zealanders, we took jandals to the next level, giving a Kiwi summer staple a Mac Makeover." 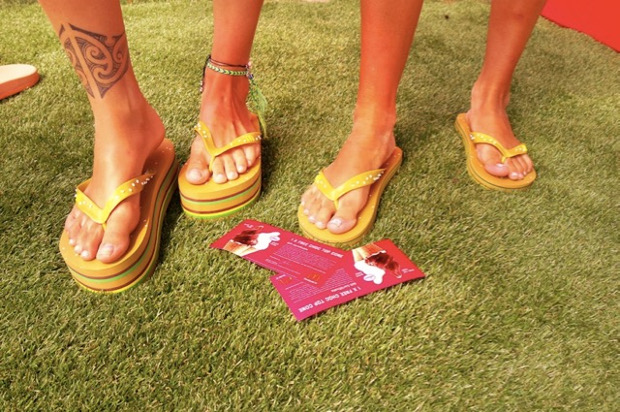 McDonald's partnered with The Edge, The Rock, Mai and More FM to help spread the word and create a bit of hype among the public ahead of the road trip. In coordination with Mango Communications, a few lucky Kiwi influencers and media were also sent their very own jandals in a bespoke burger clam box.

Over 5,300 pairs, fashioned as the iconic sesame-seed-speckled Big Mac, were handed out to massive queues of beach-goers at four locations across the country.

McDonald's director of marketing, Jo Mitchell, says, the brand wanted to celebrate the milestone during the summer, a favourite time of year for all New Zealanders. 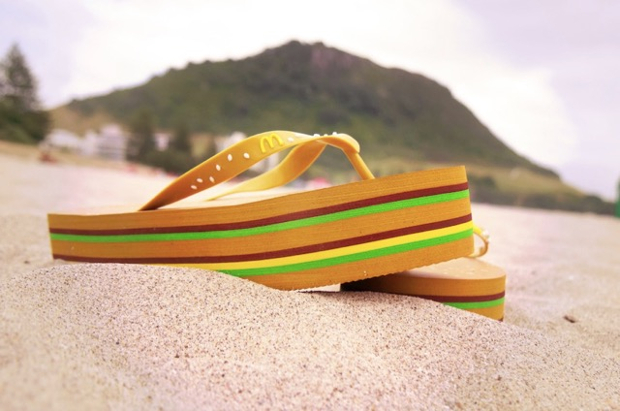 Says Mitchell: "To round out our celebration for the 50th birthday of the Big Mac, we wanted to remind Kiwis why they love our iconic burger and introduce New Zealand's favourite burger to the next generation.

"With the continued help of DDB and Mango, we created new memories for an old classic, and ensured that Kiwis put their best feet forward into 2019." 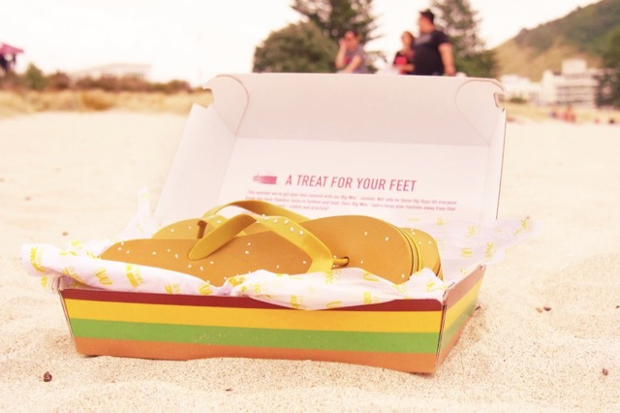 Managed by the Mango Comunications' experiential team, the mobile Bic Mac Jandal Boutique (a refitted 1970 VW Kombi) had throngs of Kiwis at every stop. Ready to get their their feet measured and jandals fitted, crowds were also offered a free choc-top ice cream voucher to sweeten the deal and complete the classic summer look.