With creative by WCRS, the crisp makers spot includes some hilariously extreme subtitles

Today, McCoy’s – the UK’s number one ridged crisp – launches a TV campaign to promote its new ‘Chips’ range; the lovechild of the chip and the crisp. The novel variety features three moreish flavours – Sea Salted, Salt and Vinegar and Curry Sauce – inspired by the taste and texture of real chip shop chips.

The campaign, created by WCRS, is fronted by a 20” TV spot set in a traditional fish and chip shop on sunny Brighton seafront, in which the protagonist Sarah receives a mysterious phone call from Flavour. As she picks up the famous golden receiver and tries the irresistible full-on flavour McCoy’s Chips, she soon realises the ominous eyeballing seagulls are after them in force. 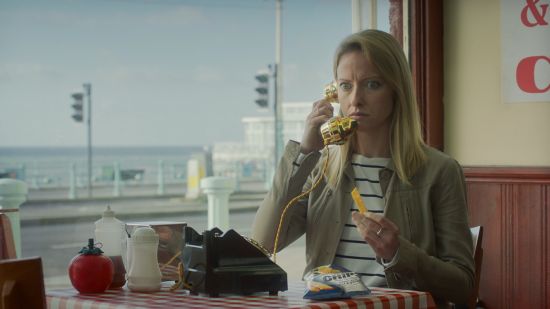 The TV advert is accompanied by a subtitled social film, responding to the statistic that only 15% of people watch videos on Facebook or Twitter with sound. But, characteristically, Flavour takes subtitling to a whole new level and transforms the typically standard task into a knowingly high-octane, chip filled, world of mayhem.

The campaign will be further supported by an out-of-home campaign featuring the feathered protagonist, VOD and across McCoy’s’ social channels. 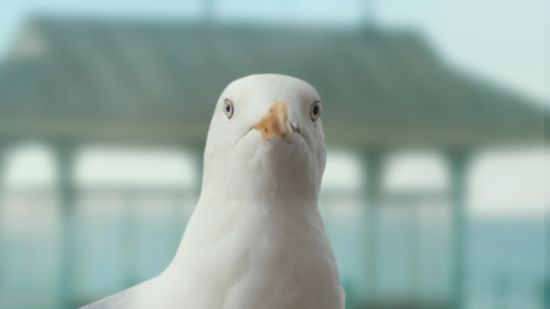 Daniel Winslet, Marketing Controller at KP Snacks said: “Everything McCoy’s do is about flavour with a capital F, and nothing beats the full-on flavours of the noble Fish and Chip Shop. Combined with McCoy’s ridged expertise, this is a product that the seagulls – and the public – can’t get enough of. We wanted to convey that in this campaign, with a touch of the McCoy’s maverick, and cement our position as the saviours of Flavour”.

Billy Faithfull, Executive Creative Director at WCRS said: “Chips to the power of McCoy’s. Full flavour doesn’t get any bigger than this. But as Brits, we all know who the true nemesis of our most-beloved seaside snack is. The seagull.

When it comes to Facebook, subtitles have become the default, because nobody’s listening. But they’re standard. Functional. Safe. We had a different idea. We knew it was an opportunity to unleash the full flavour of McCoy’s and turn the problem on its head. Just try not to blink.”