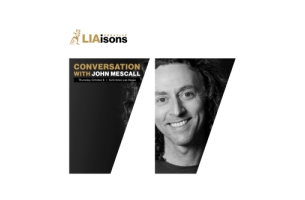 John Mescall, Global Executive Creative Director of McCann Worldgroup, has been announced as a speaker at the London International Awards 2015 Creative LIAisons program.

Mescall is the latest addition to this year’s lineup of speakers, which already boasts a number of impressive industry names, including Ralph van Dijk, Matt Eastwood, Pum Lefebure and Keynote Speaker Daymond John.

Mescall comments: “I am extremely honoured to be one of the speakers at this year’s Creative LIAisons, because having seen the program first-hand, I know that it’s just about the best experience a young creative person could have. Our industry often struggles to adequately train and nurture its talent, so LIAisons matters. Thanks for the opportunity.”

As both a writer and a creative director, Mescall has won 6 Cannes Grand Prix, including the 2014 Cannes Effectiveness Grand Prix; 3 Grand LIAs; Black and Yellow Pencils at D&AD; One Show Best of Show; and multiple Clios, Spikes and Webby awards. His work has also been featured in the TED Ads Worth Spreading initiative, and housed in London's Design Museum.

Mescall was named in the 2013 Creativity 50, AdWeek’s annual listing of the world’s 50 most influential creative thinkers and doers, and Business Insider ranked him the 8th most creative person in advertising worldwide.

Mescall is set to speak to the more than 100 young creatives attending the fourth annual Creative LIAisons program. Creative LIAisons (formerly known as ‘Creative Conversations’) runs concurrently with the LIA judging in Las Vegas and is LIA's way of giving back to the industry. This mentoring program is fully funded by LIA, encompassing travel, accommodations, rewarding speaker presentations, a peek into the statue deliberations and various networking opportunities with jurors and speakers in a relaxed social setting. 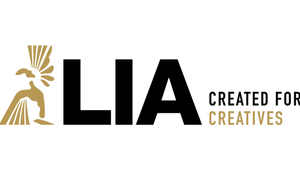