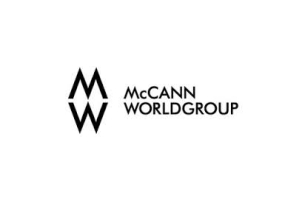 With their expanded responsibilities, Bagno and Singh round out the worldwide team of regional strategic leaders that also includes Richard McCabe, Regional Strategy Director for Asia Pacific, and Josafat Solis, Regional Strategy Director for Latin America. Working with McCann Worldgroup’s Global Chief Strategy Officer Suzanne Powers and alongside the agency’s account and creative leaders, these strategic leaders influence the work the agency creates on behalf of clients across brands, geographies and cultures.

Commenting on these appointments, Suzanne Powers said, “Our team is made up of true globalists who are passionate about understanding and creating opportunities for brands to connect with people in more meaningful ways. This helps inspire the work we create and the subsequent results we deliver across our brands.”

Also, Sarah Watson joins McCann as a Global Strategy Director and will work alongside Singh on the network’s General Mills business. She was previously at TBWA\Chiat\Day. Additionally, the company has also bolstered Commonwealth//McCann, its global Chevrolet marketing communications unit, with the hiring of Jonathan Disegi as Executive VP, Global Director of Strategy and Research. Disegi was previously Global Planning Director at JWT New York.

Singh, who will move to London from New York at the end of January to take on his new role, has served as Global Strategic Director on McCann Worldgroup’s General Mills International brand portfolio since joining the agency in 2011. In addition to overseeing European and International strategic teams on this account, he has also supervised a team of strategists across multiple disciplines.

Bagno, who has served in a number of strategic roles, most recently was global strategy leader on Coca-Cola. He has also held the position of Exec VP-Worldwide Director at MRM//McCann, McCann Worldgroup’s worldwide digital marketing and relationship management network. In his new role, he will be responsible for leadership of the North American strategic community across McCann Worldgroup and its partner agencies. He will continue as Global Strategic Director of McCann Worldgroup’s Coca-Cola business.

Watson previously was at TBWA\Chiat\Day New York, where she was the Group Planning Director on Kraft and Pernod-Ricard brands. She began her career as a designer at Frankfurt Balkind Partners before shifting into senior planning positions at agencies such as Ogilvy & Mather and Anomaly.