The campaign, named "Connecting With What You Like The Most", was lead by musician Lucho Quequezana 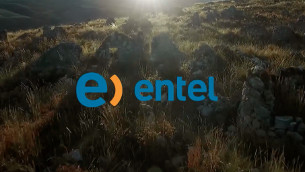 In its first campaign to promote the quality of its coverage across the country, Entel, together with McCann, has created a remote symphony that united the greatest musical talents across Peru to perform together – an achievement made possible by the high quality of the wireless coverage provided by Peru’s leading telecommunications company.

The advertising campaign, “Connecting With What You Like The Most”, was created by McCann Lima. The agency recruited dozens of Peruvian artists who are stars in their local districts. The artists were led in this collective musical effort by the guidance of Lucho Quequezana, a Peruvian musician famous for mixing different rythyms of the country’s musical styles.

Rehearsals and the final recording of “Valicha,” an iconic Peruvian folk song, took three months of production. McCann recorded a video which shows the musicians and singers performing together and recording on a smartphone and a profesional audio equipment.

“Through the power of music we showed that, thanks to Entel, everyone can be united and connected with what they like the most,”says Maurício Fernandez Maldonado, general creative director, McCann Lima.

The campaign will be distributed via TV, cinemas, the Internet and activated through PR. Also a website was built, http://conectandoconloquemastegusta.com, which allows the audience to interact and play with the music as a virtual DJ. A second execution of the campaign will launch in October.