The ad follows the previous Medieval spot, which was also directed by Tom Kuntz, and is a cinematic alien encounter created by Eight VFX 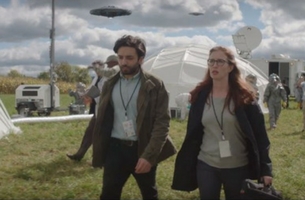 In the latest NYL spot, “UFO,” follows up last week’s, “Medieval,” with even more overwhelming odds encouraging players to choose between fending off an alien invasion, or playing Take 5. The spot follows the previous related Medieval, also directed by Tom Kuntz, and is set up as a cinematic alien encounter with a fleet of spaceships created by Eight VFX. After brief attempt at communication goes wrong, the head scientists decide that Take 5 is the only winnable way out of the situation. The approach positions Take 5’s 1 in 9 odds as the best choice.