Awards and Events 566 Add to collection 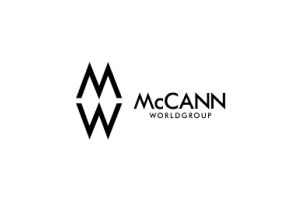 McCann New York, whose virtual reality-based Lockheed Martin campaign was a major award-winner at last week’s 2016 Cannes Lions Festival of Creativity, came in second among all U.S. agencies and fourth worldwide among all agencies in the global Lions rankings, according to the Festival’s final tallies. (McCann London ranked 19th overall). McCann Worldgroup, whose McCann Health took creative honours as Healthcare Network of the Year at the opening awards, won an additional 96 Lions in total from 33 of its agency offices and disciplines covering all five of its global regions.

Rob Reilly, Global Creative Chairman of McCann Worldgroup, said: “When you create a culture that is about being obsessed with the work, not awards, you end up making ideas that are effective. When you put the extra effort into making them creatively perfect, sometimes you win awards. And then when you do it for real, big, and sometimes impossible brands - that’s when you can really be proud as an agency and a network.”

McCann New York’s Lockheed Martin campaign transformed an ordinary yellow school bus into a “bus to Mars” in a virtual reality experience as part of the aeronautical company’s project to introduce kids to space travel.

“I’m proud of the work our agencies are doing,” said Harris Diamond, Chairman and CEO of McCann Worldgroup: “In today’s highly competitive business environment, our clients require this high level of creativity to develop the ideas that can move their businesses and brands ahead. So I’m pleased that we are able to achieve this for clients of all sizes throughout the world, including for some of the largest companies such as Microsoft, Lockheed Martin, MasterCard, Chevrolet, and IKEA as well as for pharma clients such as Pfizer that contributed to McCann Health being named Cannes Healthcare Network of the Year.”

McCann's wins at Cannes, follow its having been named the No. 1 creatively awarded network earlier in June in both Latin America's FIAP and EL SOL awards, as just the latest in the top creative awards that it has been winning around the world over the last few years. McCann, which is ranked as one of the Top 5 most creatively awarded global networks and #2 overall digitally in this year's Gunn Report, also is ranked in the Top 3 among the most awarded global networks both at the One Show and for creative effectiveness according to the 2016 Global Effie Effectiveness Index.