McCann Network Vaults to No.2 Spot in the Gunn Report

The result continues McCann's rise in the report, having ranked 5th place last year and 9th in 2014 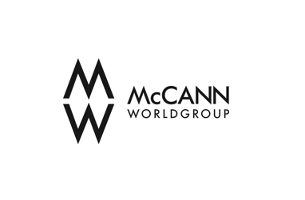 McCann, which won numerous top creative awards throughout 2016, was recognised today in The Gunn Report’s newly published rankings as the No. 2 most awarded creative network in the world in 2016. This represents the second straight year in which McCann’s worldwide creative ranking has jumped significantly in The Gunn’s Report’s annual analysis, with the network rising from No. 9 in 2014 to No. 5 worldwide in 2015.

McCann Worldgroup’s move up in The Gunn Report rankings follows by two weeks its similar rise to the No. 2 position in Ad Age's 2017 Agency A-List, which recognised the role of the agency’s “exciting ideas” and integrated omni- platform creativity on behalf of its existing clients.

"Without our brave clients, who did some really extraordinary things this past year, I doubt we would have ended up with such a fantastic result," said Rob Reilly, Global Creative Chairman of McCann Worldgroup.

The Gunn Report's analysis also revealed that McCann has retained its global position as the No. 2 most awarded network in digital creativity, with McCann New York’s “Field Trip to Mars” virtual reality campaign for Lockheed Martin registering as the third most awarded individual digital campaign in the world. Additionally, McCann London’s live event “Survival Billboard” for Microsoft Xbox’s Tomb Raider video game was recognised as 2016’s single “most awarded print/ out of home” campaign in the world. The Xbox and Lockheed Martin creative work both scored among the Top 10 campaigns overall, and four McCann Worldgroup agencies were ranked in the Top 50.

The Gunn Report analyses and evaluates all of the winners from what it regards as the world's most important advertising competitions and produces a global ranking of the most-awarded ad agencies, networks, campaigns, clients and countries. The Gunn Report’s calculations were based on awards won by McCann agencies in 19 countries, including Argentina, Australia, Belgium, Brazil, Colombia, Czech Republic, Finland, France, India, Japan, Peru, Puerto Rico, Romania, Serbia, Spain, Thailand, the UAE, the UK, and the US.

Emma Wilkie, Managing Director of The Gunn Report, said, "A truly remarkable performance has propelled McCann from their previous highest ranking of 5th to second place in The Gunn Report Agency Networks table in 2016. As well as achieving their highest points total ever (138), McCann really can now boast about their creative credentials. A fantastic feat, so huge congratulation to all at McCann."