Eric was previously CCO at his own agency Silver+Partners 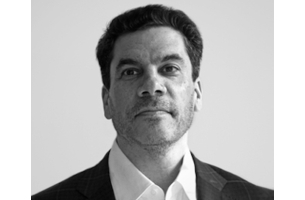 “Eric is a ‘badass’ creative talent,” said Rob Reilly, Global Creative Chairman, McCann Worldgroup. “With the momentum we are having here in the States, especially New York, the timing couldn’t be better for him to join.”

Before heading his own independent agency beginning in 2010, Silver had held top creative positions at major global networks, including five years as Executive Creative Director at BBDO, working on FedEx, Monster, and BBC. Work for all three clients was selected to Adweek’s Best of the Decade list. In addition to being inducted into the AAF Hall of Achievement honoring advertising executives under 40, his work has won every major creative award several times over, including the Grand Prix at Cannes.

“I honestly loved every minute of the past four years at Amalgamated and then Silver + Partners, with 2014 being the agency’s best year by far. And we had a blast,” said Silver. “With that said, I couldn’t be more excited to join McCann. Rob is someone I’ve always admired and I’ve kept in touch with him throughout the years. Harris [Diamond, Chairman & CEO McCann Worldgroup], Luca [Lindner, President, McCann Worldgroup], Chris [Macdonald, President McCann NY], and every employee inside that place is so united and driven as to what they want to become and they have created tremendous momentum.”

The addition of Silver follows several key New York-based creative appointments made last year by Rob Reilly, including adding several Global Executive Creative Directors. These included the hiring of James Dawson-Hollis and Bill Wright in this role, and the promotion of John Mescall.  All are focused on developing great creative work for the agency’s largest global clients.

Silver started out working as a writer at TBWA/Chiat/Day before moving to Portland to work on NIKE and ESPN at Wieden and Kennedy. From there he took a job as a staff writer on the “Late Show with David Letterman.” After submitting a Top 10 list of reasons Conan’s show was funnier, he decided to accept a position as Creative Director at Cliff Freeman and Partners. According to The Gunn Report, it was the most awarded agency in the world during that five-year period.