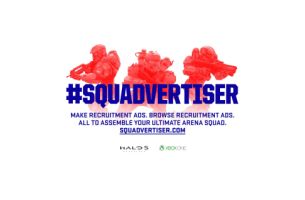 McCann London contributed 17 awards towards McCann Worldgroup’s victory as Network of the Year at the London International Awards, it was announced today.

McCann Worldgroup secured a total of 68 Statues of which one Grand Prix, four Gold, nine Silver and three Bronzes was handed to McCann London.

As well as the multiple Cannes Lions winning 'Survival Billboard' for Xbox, which won the Billboard Grand Prix and a further four Golds, four Silvers and two Bronzes, McCann London also won another two Silvers and a Bronze for “Squadvertiser” and three Silvers for “Survival Billboard – Terms & Horrible, Horrible Conditions”, also for Xbox.

McCann London was the biggest contributor to McCann Worldgroup’s haul after McCann New York, which was also named Agency of the Year.

Barbara Levy, President of LIA, said: “The jury members were very conscientious when it came to Statue discussions.  They visited and revisited each piece of shortlisted work again and again.  So you can be assured that the Statue winners in the 2016 LIA Awards come from a crop of work that is universally acknowledged as exceptional.  And the Grand LIA winners are without doubt, the best of the best.  So my highest congratulations to McCann on an extraordinary year.”

Alex Lubar, CEO of McCann London, added: “Our year keeps getting better and better! To not only win further awards but to take Network of the Year is testament to the momentum of creative excellence that has been built here by Rob Doubal and Laurence Thomson. But more than that, the whole of our agency – and indeed our partner agencies – should be proud of this achievement.”

The 31st LIA judging was held at the Encore at Wynn Hotel in Las Vegas, convening over a ten-day period. The Juries, led by their respective Jury Presidents, viewed and scored every entry within their medium, ensuring that all the work was judged equally. They concluded with final discussions to determine Grand LIAs, Statue Winners and Finalists.