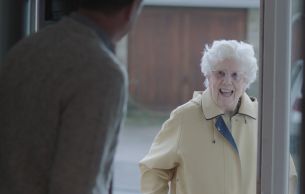 McCann London has teamed up with renowned artist and illustrator, Mr. Doodle to bring back its ‘Spare Chair Sunday’ campaign for leading Premier Foods brand, Bisto.

The Bisto campaign aims to address the problem of loneliness especially amongst the elderly and will consist of a PR campaign, with supporting TV and radio ads, running for six weeks from 15th November, up until the end of December.

The work involves a partnership with Global Radio as well as charity ‘Contact the Elderly’, which organises volunteer-led monthly Sunday gatherings for older people across England, Scotland and Wales who live alone.

McCann London’s brief was to bring back ‘Spare Chair Sunday’ with renewed relevance in 2017. In order to get people to sign up to an already-successful initiative, McCann London teamed up with well-known illustrator and artist, Mr Doodle, to create a set of four beautiful, bespoke chairs featuring designs that reflect the lives of four elderly people. But these chairs are anything but ordinary; they can only be bought with kindness, by signing up to ‘Spare Chair Sunday’ for the chance to get one when you host your ‘Spare Chair Sunday’ lunch.

Helen Warren Piper, Marketing Director at Premier Foods, said: “We have a 100-year heritage of bringing people together around the dinner table, for home cooked meals. We were able to help a huge number of people through our ‘Spare Chair Sunday’ project when it first launched in 2015. And we are really pleased to be able to play our part once again in tackling loneliness amongst older people in the UK.”

“Bisto is a brand that believes in bringing people together. Loneliness amongst the elderly is an increasing problem in the UK with our ageing population and Bisto’s ‘Spare Chair Sunday’, is again working hard to change that,” added Laurence Thomson, Chief Creative Officer from McCann London. “It was a real privilege to work on this initiative, which celebrates what Christmas is all about – kindness and togetherness.”

This year Bisto also has the backing of Helen George, best known for her role as Trixie Franklin on the BBC TV drama series Call the Midwife, to help encourage even more volunteers to invite an older person into their home.

Last year McCann London and Bisto ran a campaign entitled ‘Open door Sunday’, designed to bring neighbours together by encouraging them to invite each other round for a roast.

Bisto’s ‘Spare Chair Sunday’ activity was launched in 2015 after the brand discovered 1 in 7 people find Sunday to be the loneliest day of the week.

McCann was the lead brand and creative agency while Weber Shandwick led the PR activation. The media agency was Carat. 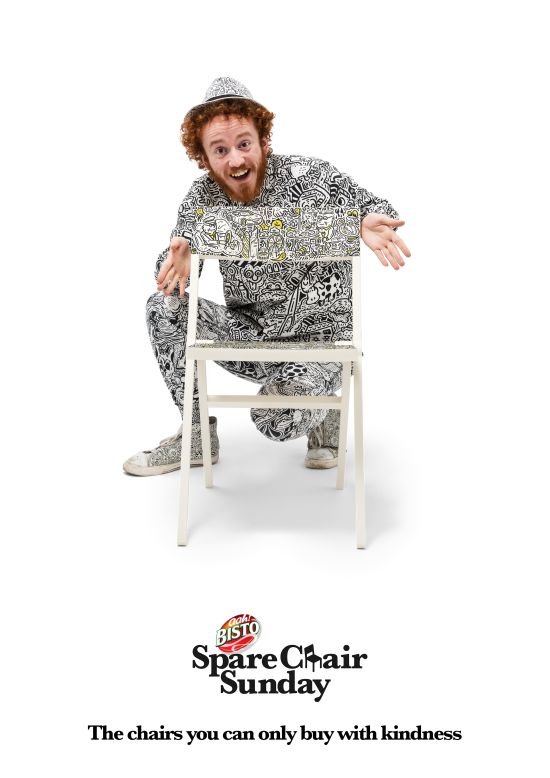