McCann London Captures the Faces Behind Success for QFC 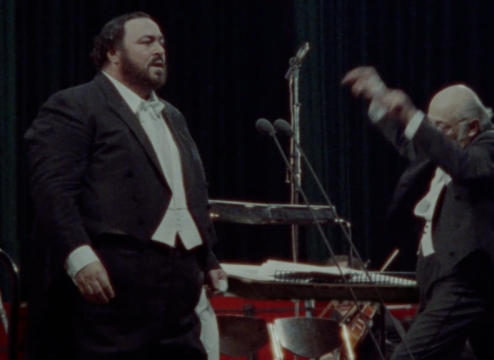 Today McCann London and sister agency MRM Meteorite unveiled the first phase of an international, integrated campaign that showcases the role that the Qatar Financial Centre Authority plays when helping businesses set up in the country.

The new global campaign is the first QFC Authority work to come out of the joint agencies of record after they were appointed in April 2014.  The wider brief has included a full rebrand and refresh of all elements of the QFC Authority’s externally focusing touch-points, including the new website, intranet and extranet in order to be fit for purpose for the international business community.  This new campaign marks the beginning of a strategically phased series of cross-platform activity that demonstrates the crucial role that support networks play in achieving success in every aspect of life.

The campaign takes a totally different approach to using famous names and faces by cropping them out of frame to highlight the figures behind the success of these globally recognised icons from the world of sport and entertainment.  Instead of focussing on those who do the winning, claim the accolades and collect the prizes, Great Success Comes From Great Support recognises the vitally important role played by ensuring there is the very best support network in place and how crucial that is when it comes to laying the foundations that are needed to achieve great success.

Taking footage and iconic images from global icons that include Bjorn Borg and Pavarotti, the new campaign appears to play up to the expected norm of heralding those in the spotlight, only for the big reveal to cut out of frame the famous icon, leaving the unsung hero as the focus in frame - the individuals that have been in the shadow of the famous face, but are ever-present, and play an essential part in the overall achievement.

The integrated elements of the campaign will roll out across TV, print, digital and event based activity with the first spot breaking on CNN Global and Bloomberg. The initial roll out features the iconic figures of Bjorn Borg and Pavarotti appearing with their respective coach and conductor, Lennart Bergelin and Emerson Buckley.  The spot opens with a wide view of Pavarotti and Buckley in frame, with the tenor giving a familiar, stellar performance that demonstrates his magnitude. The focus however, begins to shift somewhat to crop Pavarotti out of shot, centring instead on the Buckley, the conductor, and highlighting the way he works perfectly in sync with Pavarotti, drawing more effort out of him to give the very best performance possible. In turn, the execution and moment captured underpins the positioning of the QFC campaign ‘Great Success comes from Great Support.

Sheikh Mohammed bin Abdulla Al Thani, from the Qatar royal family, appears in the new campaign with footage and images taken from his feat of becoming the first Qatari to climb Mount Everest. However, in both the print and TV ads, the focus narrows to concentrate on Kami Rita Sherpa, his Sherpa and guide throughout the record-setting climb.

Directed by McCann London’s Jamie Mietz and Sanjiv Mistry, the advert will run from October 29th and into 2015 with activity across TV, print, digital and local event based activity.

“This is a bold approach to using talent to front a campaign as it flips the concept of what success looks like on its head.  Selfless, supportive and committed are the values that the QFC Authority shares with the stars of the campaign, and something that is ingrained in their organisation when it comes to working with businesses setting up in the region.  We believe this campaign captures that ethos perfectly.”